London: Forcing the facts to fit the theory 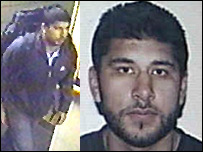 A story in the Daily Mirror, 16/7/05 titled ‘Exclusive: Was it suicide?’, attempts to use essentially the same facts presented here but still make them out to be bombers. There are a lot of problems with this approach, especially in the light of the latest information to emerge.

Firstly, they all bought return tickets and bought an eight-hour ‘park and ride’ ticket in Luton, so they most definately intended to return. The Mirror story asserts they intended to plant the rucksacks but were ‘fooled’ by their ‘handler’.

All four men had rather large rucksacks which would be difficult leave on a train without being immediately noticeable. Anybody who is familar with London Underground trains will know that trying to hide anything in a carriage is impossible, there are no spaces under seats, no luggage racks, in fact nowhere a large rucksack can be tucked away. So how did they intend to leave the rucksack without being noticed? Not impossible I’ll grant, but it increases the likelihood of discovery. And during the more than a decade of IRA bombing, not a single bomb was planted on the tube.The story tells us

Police and MI5 are probing if the four men were told by their al-Qaeda controller they had time to escape after setting off timers. Instead, the devices exploded immediately.

A security source said: “If the bombers lived and were caught they’d probably have cracked. Would their masters have allowed that to happen? We think not.”

I thought the police had discarded the timer idea? More forcing the facts to fit the theory. And who exactly are the police and MI5 going to probe? The ‘chemist’ that the media have made a big song and dance about? The ‘chemist’ we now learn, has absolutely no connection to the bombings, he just happens to come from Leeds, be an Eygptian and went on a trip to Eygpt at the “right’ time (see the BBC story, ‘Biochemist has ‘no al-Qaeda link’’).

Two of the alleged bombers had pregnant wives, and finally, they all carried plenty of identification, drivers’ licenses, credit cards and so on. Not exactly a description of fanatical disciples of ‘al-Qu’eda’ and indeed, the Mirror story asserts that ‘Suicide bombers normally strip themselves of identifying material’, though it gives us no supporting evidence for this assertion, but assuming it’s true, the Mirror story gets around this by asserting that they were ‘expendible’ quoting yet another ‘intelligence’ source

‘Whoever is behind this didn’t want to waste their best operatives on a suicide mission. Instead they used easily recruited low-grade men who may have believed they’d walk away.’
All very convenient no doubt but the idea that they were ‘low grade’ introduces yet another, wholy unfounded supposition about the nature of suicide bombers, namely that they now come in different gradations (or should it be qualifications?). After all, dead is dead. Again, the Mirror story gets around this by quoting yet another ‘security source’
If the bombers lived and were caught they’d probably have cracked. Would their masters have allowed that to happen? We think not.

And just in case we don’t get the message, yet another ‘intelligence source’ tells the Mirror

Whoever is behind this didn’t want to waste their best operatives on a suicide mission. Instead they used easily recruited low-grade men who may have believed they’d walk away.

I am at a loss as to how one ‘easily recruits’ someone who will blow people to pieces whether or not they believe that can just ‘walk away’. You’d have to be pretty dumb to be fooled into thinking that you can just ‘walk away’, especially from an underground train, if indeed that was the intended location and nothing so far indicates that the alleged bombers were educationally sub-normal, indeed they seem to be relatively well-adjusted and ‘normal’ individuals according to the accounts I’ve read.

The story also refers to the Madrid bombings of last year

Similar terror attacks against public transport in Madrid last year were carried out by recruits who had time to escape and planned to strike again.

Except that in the case of Madrid, the bombs all went off out in the open, adjacent to trains and buses, where it was easy for the bombers to escape. The bombs were also much, much larger than the ones used in London, so the comparison just doesn’t wash.

The other problem that neither the story nor the police have a ready-made answer to, is the 81-minute time lag between the tube and the bus bombs.

An alternate explanation that fits the drug courier hypothesis is that on finding the Northern Line shut at Kings Cross, he took a different route after contacting his ‘handler’, to go to his intended destination and that the devices might well have been remotely detonated. My colleague Edward Teague has suggested that the bombs might have used Wi-Fi or even Bluetooth to accomplish the task (although the limited range, especially of Bluetooth, I think rules them both out). Alternately (and much simpler), there could well have been a fault with one of the timers. According to one witness on the bus who saw a man fumbling with a rucksack just prior to the detonation, the man let out a loud scream just before the bomb went off! Perhaps he had just discovered what exactly he was really carrying?

And it now emerges that the police have changed their story yet again and are absolutely sure they used timers and commercial explosives. So what happened to the super-charged nail polish remover, acetone peroxide that was supposedly found in the home of one of the bombers?

The more one learns, the more the notion that these were four bombers, whether suicidal or not, looks unlikely. But it still leaves the question of who set this it up unanswered and critically, that the outrage doesn’t fit the ‘pattern’ of previous bombings begs the question, especially the sophistication of the bombs (well, according to the police). Taking all these facts into account, it points to a very sophisticated operation that has all the hallmarks of a state-sponsored operation.