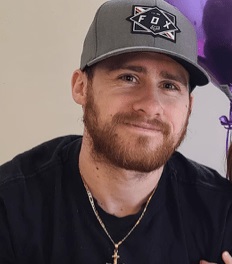 SAINT-ANTOINE, NEW BRUNSWICK — Mr. Joshua Cassie and his fiancée, Ms. Stephanie Clair, have had an eventful last two years during the so-called pandemic. Their first baby girl was born on or around March 4, 2020, right before the world shut down. The family was blessed with a second baby girl in May 2021. Stephanie then proudly displayed her engagement ring for the world to see on January 21.

The young couple is living the Canadian version of the American dream – that is 21st century version thereof. Both dad and mom work to ensure their family has everything they need. But poison-filled syringes touch the realities of all working families across the globe in 2022.

Ms. Clair first made public that something was wrong with their family on January 31. “For everyone who didn’t know, Josh took a minor heart attack last night,” she wrote.

The heart attack was caused by “heart inflammation”, meaning myocarditis, which was caused by “other things,” she wrote. Ms. Clair believed Mr. Caissie would be home two days later. But the situation did not resolve itself as the family hoped. Mr. Caissie tried to reassure his family by posting a message to his oldest daughter on February 1.

Ms. Clair said Mr. Caissie’s “heart enzymes went up” on February 2, and was thus not coming home yet.

Cardiac enzymes are sort of a “check engine light” for the heart. Elevated levels of cardiac enzymes mean a heart attack happened or is about to happen, according to The Cleveland Clinic. As long as levels stay elevated, the risk remains.

A few hours later, Ms. Clair said doctors made it official – that Mr. Caissie’s problems were caused by “this stupid vaxxin”.

It’s unclear when Mr. Caissie received the shot. He only posts on Facebook 3-4 times per month max, and usually far less than that. But his January 21 post mocked Pfizer and Moderna.

The post sounds like defiance and submission all in one. The foregoing is also his only post dating back to 2020 that references masks, vaccines or anything else COVID-19 related.

Ms. Clair posted another update on February 3, reporting that Mr. Caissie’s enzymes dropped. But he still could not be discharged.

The family got really excited on February 4 when they believed Mr. Caissie was coming on the next day.

That also turned out to be a false alarm. Mr. Caissie’s heart enzymes leveled out the next day, but did not drop, meaning there were still issues.

Four days later, on February 8, Ms. Clair reported that Mr. Caissie’s heart enzymes were still on the rise. Doctors had no explanation for the situation.

The next day, February 9, an MRI showed inflammation in three parts of Mr. Caissie’s heart. Ms. Clair also conceded that their family life was unlikely to be the same for the foreseeable future even when Mr. Caissie comes home.

Mr. Caissie was discharged the next day, February 10.

But now he’s unable to work; and they don’t know when he’ll be able to work again.

We’ll update this story in due course.