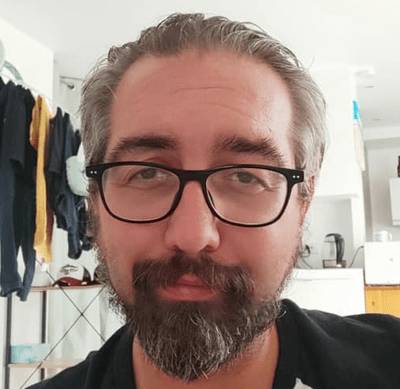 MONTPELLIER — A 39-year-old father is dead; and it appears to be the result of mandatory or coerced pre-employment injections.

Mr. Ludovic Clerc, aka Ludo Clerc and Ludz Clerc, received the second Moderna mRNA injection on Thursday, July 22, according to his father, Jean Francois Clerc. The testimonial was originally posted on Jean Francois’ Facebook page and on something called “Vaccine Side Effects Census Group.” It was forwarded to us on Telegram. But Jean Francois was either forced by Facebook to delete every post from July 5 to August 4, or he did so voluntarily.

Ludovic complained of severe pain at the injection site the next day. The following day, Saturday July 24 at around noon, he was found unresponsive with blood spilled out of his nose. Paramedics tried to revive him. But Ludovic was pronounced dead at the scene.

Jean Francois’ Facebook page confirms the story’s authenticity. He posted an update on August 5 that indicates he was temporarily suspended from Facebook, saying he was “put in the closet.” Here is the screenshot, with the English translation below it.

After being put in the closet, I can finally express myself again . Sad month of July with the sudden loss of my son Ludovic dit Lulu or Ludo and whom many of you knew well. We were both accomplices despite periods of separation we called each other almost every day. For many years he was professionally by my side and ended up joining us in La Baule last November. I lost a huge part of myself that terrible day in July and will hold a great place in my heart for this beloved son. For my grandson Melvin who is only 13 years old, I must nevertheless continue to live and honor my Ludo. Rest in peace my baby.

It also appears that Ludovic received the injections as a condition of employment. He has two Facebook accounts. One dates back many years, under the name Ludz Clerc. The other one, under Ludo Clerc, appears to have been created on July 3. The second post on the new Facebook page informs the world that he started a new job at Hopital Psychiatrique de Montpellier (Montpellier Psychiatric Hospital). A friend congratulated him on the new job.

The Ludz (older) profile says he moved to Miami Beach in December 2020. But the comments indicate that he was either joking or simply took a vacation to Florida.

Perhaps Ludovic created the new profile in anticipation of deleting the old one to conform with his new employer’s social media policies. But it’s clear that the two profiles are the same person. They have the same friends and, obviously, the same person’s photos.

Meanwhile Jean Francois is not allowing his son to die in vain. His profile photo is encased in a banner that reads, “No to the Health Pass. Freedom of Opinion.” His subsequent August 5 posts further clarify his position on mRNA and viral vector DNA injections.

The latter means “I am not a guinea pig.”

Ludovic is survived by his 13-year-old son.