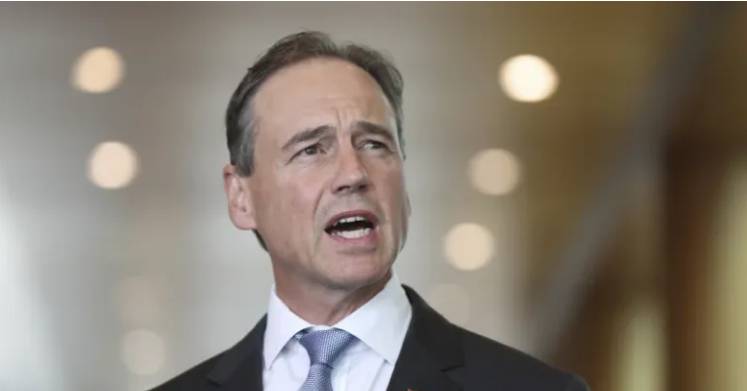 Australia’s Health Minister Greg Hunt has been admitted to hospital and is said to be in a serious condition just one day after receiving a dose of the Oxford / Astrazeneca Covid vaccine.

In a statement on Tuesday evening his office stated that Minister Hunt had “been admitted to hospital with a suspected infection, he is being kept overnight for observation and is being administered antibiotics and fluid. The Minister is expected to make a full recovery. His condition is not considered to be related to the vaccine”. Hunt revealed via a post on a social media made the same day as he was admitted to hospital that himself and former Prime Minister Gillard had “the privilege of being vaccinated against Covid-19 with the AstraZeneca vaccine” on the 8th March along with a number of doctors, professors and nurses. Whether his condition is a result of receiving the vaccine or not we are sure we will never know, but it is extremely coincidental for him to suddenly suffer an “infection” when he has been an otherwise fit and healthy man.

As evidenced by his comments earlier last year where he said his daily exercise was “like oxygen”, and stated that if he had “running and family then he could “cope with everything else”.

His hospitalisation will be extremely unhelpful to the propaganda being spread by authorities and mainstream in order to persuade people to receive an experimental vaccine to protect them against a disease that kills less than 0.2% of those it infects.

Especially when political figures in Australia were seeking to promote confidence in the vaccines by getting theirs early.

Mr Hunt is a father-of-two, who was first elected in November 2001, is one of only three Liberal MPs, along with Prime Minister Scott Morrison and Home Affairs Minister Peter Dutton, to have served in federal cabinet since the Coalition came to power in September 2013. He has held the health portfolio since January 2017.

Mr Hunt’s team and authorities will continue to deny the Oxford / Astrazeneca vaccine has had any part to play in his serious condition. But the most recent update released by the UK Government of adverse reactions to the Covid vaccines reported to the MHRA Yellow Card Scheme suggests he is most likely one of many who have become critically ill because of these experimental jabs.