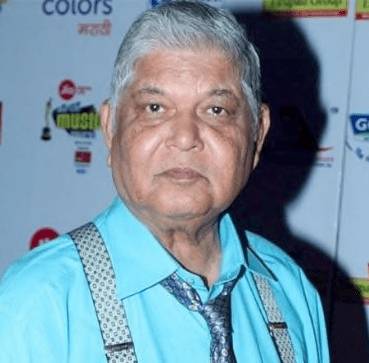 Raam-Laxman was the name of a 1970s music duo. Vijay Patil was ‘Laxman, while his partner Surendra was Raam. Surendra passed away in 1976 almost immediately after the duo signed a contract with Rajshri Productions to compose the musical score in the 1977 movie “Agent Vinod.” Patil adopted the full stage name Raam Laxman (also spelled Raamlaxman and Ram Laxman) for the rest of his career.

Amar Patil, Laxman’s son, told the news agency that his father immediately felt weakness and general illness when he got home from receiving the shot. Doctors cared for Laxman at his Nagpur home. But the adverse effects were too much to overcome. Amar said Laxman died of a heart attack early Saturday morning. His cremation and last rites took place yesterday in Nagpur. Thus no autopsy will be performed.

Laxman’s career spanned four decades. He is best known for his work in the films “Hum Aapke Hai Kaun,” “Hum Saath Saath Hain,” and “Maine Pyar Kiya.” Laxman won the Filmfare Best Director Award for the latter movie. He composed music for at least 150 movies throughout his career.

Some of the biggest names in the industry paid tribute to the veteran film composer.

Lata Mangeshkar is a singer and music director whose career started in the 1940s when she was a teenager. Her tweet roughly translates to, “He was a very nice human being. I have worked with him on many songs which were very popular. I offer him my humble tribute.”

13 students fall sick after getting COVID-19 vaccine in Karimganj