California woman, 78, dies after vaccination, though no sign of link 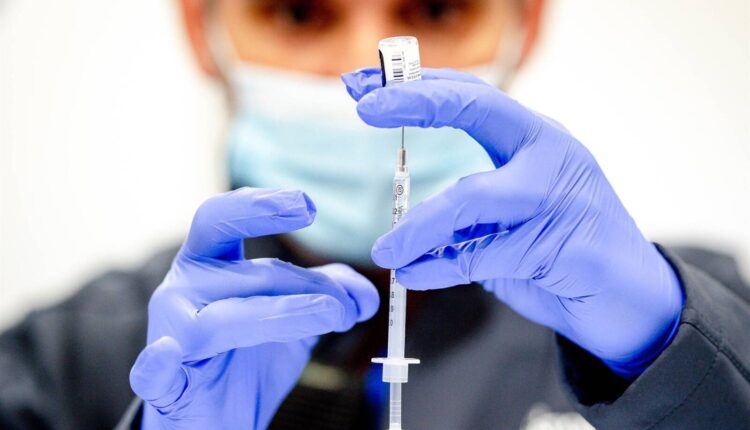 A 78-year-old woman died shortly after being inoculated at a mass vaccination site in Los Angeles County, health officials announced Saturday, though there was no evidence the vaccine was at fault.

The woman “passed away unexpectedly” Friday after receiving Pfizer‘s version of the Covid-19 vaccine about noon at the Kaiser-run site at Cal Poly Pomona, 30 miles east of downtown Los Angeles, the doctor said.

“While seated in the observation area after the injection, the patient complained of feeling discomfort and while being evaluated by medical personnel, she lost consciousness,” he said. “Paramedics on scene began CPR almost immediately and continued, but she ultimately could not be revived.”

Her cause of death was yet to be determined, but the Los Angeles County Department of Public Health said by email that there were no signs of allergic or anaphylactic reactions.

“Her death does not appear to be related to the vaccine,” it said.

The woman’s husband of 57 years was also vaccinated Friday.

“Despite this tragedy, he is still urging that the COVID-19 vaccination effort continue, and said he intends to receive his second dose of vaccine in a few weeks,” Morris said.

Last week, health officials said the cause of death of a 58-year-old Virginia woman who had just received a Pfizer vaccination was unknown.

In January, the Norwegian Institute of Public Health said there was no evidence to suggest the Pfizer vaccine increases the risk of death.

Baseball great Hank Aaron died a few weeks after receiving Moderna’s Covid-19 vaccine Jan. 5. Some critics of vaccination immediately used the occasion to suggest a link between the Hall of Famer’s death and the vaccine.

Dr. Carlos del Rio, executive associate dean at the Emory University School of Medicine, said last month he had “absolute confidence that his death has nothing to do with the vaccine and it has to do with the fact that he was old and frail.”