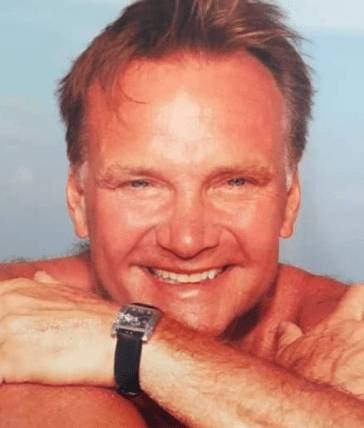 ST. ALBERT, ALBERTA — A 64-year-old man is dead, and his daughter is making sure the world knows how and why it happened.

Mr. Bruce David Ward received the first dose of experimental Moderna mRNA on or around May 22, according to his daughter, Brenna Ward. He suffered no immediate adverse effects. Mr. Ward enjoyed the Father’s Day weekend with his wife. He started doing DIY home renovations that following Monday, June 21. Suddenly, he started screaming in pain.

An ambulance took him to the University of Alberta Hospital. Mr. Ward was given pain medication as he waited hours to be seen. Doctors finally got Mr. Ward in for an ultrasound early the next morning. He passed away during the procedure, Tuesday morning, June 22. Brenna said her father had a “tear in his aortic valve.”

It appears Mr. Ward suffered from an aortic aneurysm and/or aortic dissection. The previous is typically a precursor to the latter, according to the Mayo Clinic.

We know for certain that the Moderna and Pfizer mRNA injections cause blood clots and, in many cases, death. There’s also the controversial spike protein study by University of San Diego and Salk Institute researchers.

The study concluded that “natural” SARS-CoV-2 spike proteins damage blood vessels, but the vaccinate-induced “full length” spikes do not damage blood vessels. But that study assumes that the injections stays in the muscle site. We know now that’s not the case. The study was also first published in December 2020, long before millions of real-life examples presented themselves. Further, Fauci’s emails revealed that the “natural” SARS-CoV-2 virus may have been the product of gain-of-function research (laboratory-created) and are not natural at all.

Brenna isn’t allowing her father to die in vain. She drew a line in the sand on June 27 telling her friends and acquaintances to discontinue communication if they support the COVID agenda. Brenna also admitted that it took her father’s death for her to open her eyes to what is happening.

I am sharing his story in hope to help someone else not lose a loved one. In hopes people will think twice and in hopes more will share their stories as there are thousands out there suffering or dieing (sic) after receiving thier (sic) vaccines.

Brenna understands her father is not coming back. But she deserves praise for accepting truth and living by it, even though it took an absolute tragedy.