Laura Mallozzi, whose 18-year-old son developed myocarditis two days after his second Pfizer vaccine, said she would never have connected the dots 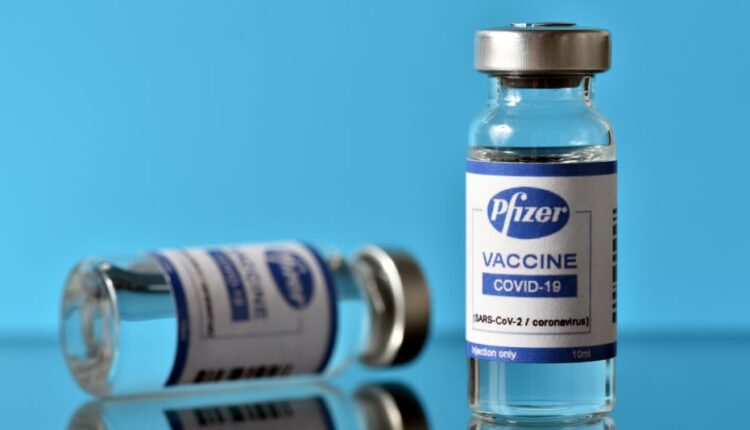 According to Mallozzi, David, from Indiana, felt pressured at work by his employer and co-workers to get vaccinated.

“They were uncomfortable that he wasn’t vaccinated,” she said. “So he got the COVID vaccine without telling me.”

Mallozzi’s other son, now 16, had an adverse reaction to his measles-mumps-rubella (MMR) vaccine when he was younger, and has not been vaccinated since.

After David’s first Pfizer dose on May 18, he experienced a sore arm but was otherwise fine, and told his mom he got the vaccine.

The day after his second dose, on June 8, David experienced a headache, nausea and reduced appetite, followed by fever and chills in the evening. He soon developed intense sharp pains on the right side of his body toward the middle of his back, Mallozzi said.

“The next day [June 10], he was sleepy the whole day. He took several naps and went to bed at 7 p.m. with a 104-degree temperature,” Mallozzi said.

David woke his mother at 4 a.m. the next morning because he was having intense heart pain and difficulty breathing. In an email to The Defender, Mallozzi said she wouldn’t have realized what was happening to her son if it weren’t for an article, “Pfizer Vaccine ‘Probably’ Linked to Heart Inflammation, Israeli Panel of Experts Concludes,” she read in The Defender newsletter.

“I shudder to think I might have sent him back to bed with an Advil and some Vicks VapoRub because I never would have guessed that an apparently healthy 18-year-old would be experiencing a serious heart injury from a vaccine,” she said.

Mallozzi took David to the emergency room and told the doctor her son was experiencing an adverse reaction to the COVID vaccine. Although hospital workers took her son’s information, the mother and son were ignored for hours. They finally left because David needed to lie down.

David’s pain seemed to subside, but later the next day it worsened, so Mallozzi took her son to the emergency room for a second time. “This time I didn’t mention the vaccine,” she said.

Immediately they took him back, did an EKG and ran scans. The results were consistent with a heart attack. David was suffering from severe heart damage.

“They said my son had profuse heart damage, admitted him overnight and did an ECHO,” Malozzi said. That’s when she informed doctors that the symptoms developed after David’s second Pfizer shot.

She also told them about the study in Israel showing a possible link between the vaccine and myocarditis.

Doctors told Mallozzi they’re not sure how long it will take David to recover, but with other viruses that cause myocarditis, patients have to be monitored by a cardiologist for 18 months to two years.

“David is not allowed to exert himself. If he moves around too fast he has chest pain. My son is like an 80-year-old heart patient and he can’t walk. He cannot walk and exert himself because his heart can’t pump enough blood. It cannot keep up with any type of exercise, including walking.

“The slightest exertion will cause chest pain and he is very fatigued most of the time. The doctors said they expect him to get better over time with rest, but for the past week we haven’t noticed any improvement. Maybe it will be easier to see improvement month to month versus week to week. We will hope for that.”

Mallozzi has a message for other parents questioning whether their child should have a COVID vaccine: “Don’t do it.”

“It is not worth the risk. Who knows if it’s effective. The Pfizer vaccine is not safe. I’m really concerned about all of the college students going back to campus and these universities mandating vaccines because a young person is not going to think they’re having heart damage.”

David also regrets getting the vaccine — and his doctor told him he cannot get any more COVID vaccines.

Mallozzi, like many other parents, had a difficult time figuring out how to report her son’s vaccine injury to the Centers for Disease Control and Prevention’s (CDC) Vaccine Adverse Events Reporting System (VAERS).

“I was assuming it would be reported by the ER doctor who evaluated, diagnosed and admitted my son to the hospital. The hospital receptionist was clueless. The clerk who answered the phone for the records department was clueless, but did eventually say the hospital typically doesn’t report to VAERS.”

The hospital records clerk suggested Mallozzi contact her son’s primary care doctor, but the doctor’s office staff had never heard of VAERS and found no record of David’s case having been reported.

“My son’s nurse said she was used to seeing about one patient a year with myocarditis and now, since the COVID vaccines, she is seeing a significant increase in myocarditis patients.”

“VAERS is not working for this particular issue because emergency room physicians don’t typically report and our primary care doctor had never heard of VAERS. My son got his vaccine from Walgreens. Walgreens isn’t following up with him to ask if he has any adverse events and I would have never thought heart damage could come from the vaccine.

“It is frustrating that it is ending up being my responsibility to make sure this report is made.”

The Defender provided Mallozzi with the steps for filing a VAERS report. She was given a temporary VAERS I.D (563354) after filing her report.

In an interview with The Defender, Dr. Hooman Noorchashm, a surgeon, immunologist and patient safety advocate, said, “VAERS is extremely cumbersome and doctors are not required to enter complications into VAERS. If doctors reported adverse events to VAERS, we would have a much more robust system.”

According to the latest data from VAERS, there have been 1,117 cases of myocarditis and pericarditis (heart inflammation) in all age groups reported in the U.S. following COVID vaccination between Dec.14, 2020 and June 11, 2021. Of those, 109 reports occurred in children 12-to-17-years-old with 108 attributed to Pfizer.

Latest numbers from CDC VAERS is in… Data for 12- to 17-year-olds include 7 deaths + 271 serious adverse events following COVID vaccine.

Cunial-Barillari in regione Lazio: “Resistere per…