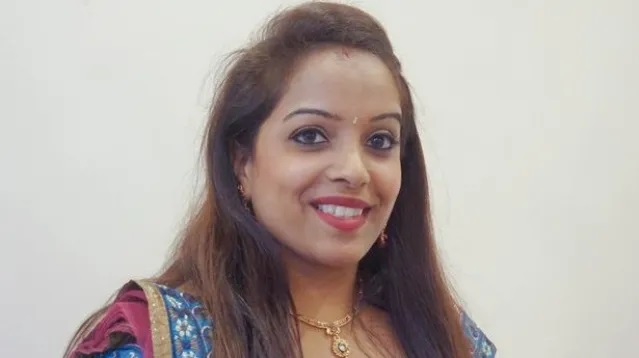 In March, the mother of two got her first jab, where she later fall unwell just a week later on April 8th. Initially, Tailor began complaining of a headache before she began experiencing slurred speech and a facial droop. Her family soon rushed her to the National Hospital for Neurology and Neurosurgery in London.

Doctors at the hospital diagnosed Alpa with vaccine-induced thrombocytopenia and thrombosis as a consequence of getting the vaccine. Thrombocytopenia is where an individual has low levels of platelets. which are the cells that help with blood clotting. Thrombosis happens when blood clots block veins or arteries, causing strokes and heart attacks.

After her diagnosis, Alpa underwent surgery to relieve pressure on her brain, where doctors initially believed she responded well to the treatment. Neurosurgeon Dr Jonathan Hyam said he was “quite optimistic” for Alpa’s prognosis around a week after the procedure. However, medics soon discovered after a CT scan that she was suffering from a massive bleed in the brain, which ultimately led to her death.

Following the news of Tailor’s passing, Dr Hyam said he was “really surprised” to hear that the mother of two’s condition quickly deteriorated post-op.

After Tailor’s sudden death, health authorities called for an inquest into her death at St. Pancras Coroner’s Court. A post-mortem examination confirmed that Alpa had multiple blood clots in her brain. Senior coroner Mary Hassell said that she had no hesitation with ruling that the vaccine is responsible for Alpa’s death.

Hassell said: “Everything points in the same direction, which is that Alpa had the AstraZeneca [vaccine] at a time when many, many thousands of people … had died from [the] coronavirus.”

After the inquest, Alpa’s husband Anish said: “The death of our beloved Alpa has left a huge void in our hearts and in our lives. [She] was a wonderful wife, loving mother, amazing daughter, sister and friend. Life has changed for us in an unimaginable way.”

Alpa’s family said that she “always had a smile on her face” and was “enthusiastic and very creative.” Another relative said that Alpa “touched hundreds of hearts” in her 35 years of life and will be remembered and missed for her laugh. A third described her as a loving and caring mother who “puts the needs of her children before hers.”

The AstraZeneca vaccine, made in partnership with the University of Oxford, is one of four vaccines approved for use in the UK – alongside the mRNA jabs from Pfizer and Moderna and the single-dose Johnson & Johnson vaccine. However, according to the Medicines and Healthcare products Regulatory Agency (MHRA), there are 416 recorded cases of Vaccine-Induced Immune Thrombotic Thrombocytopenia (VITT) and 72 deaths following injection with the AstraZeneca vaccine.

Alpa joins the many individuals who have died from taking the two-dose AstraZeneca vaccine and the many more who will perish from this experimental jab.