‘My son died, while taking his math class on Zoom. We are waiting for the autopsy because the doctors did not find anything.’ 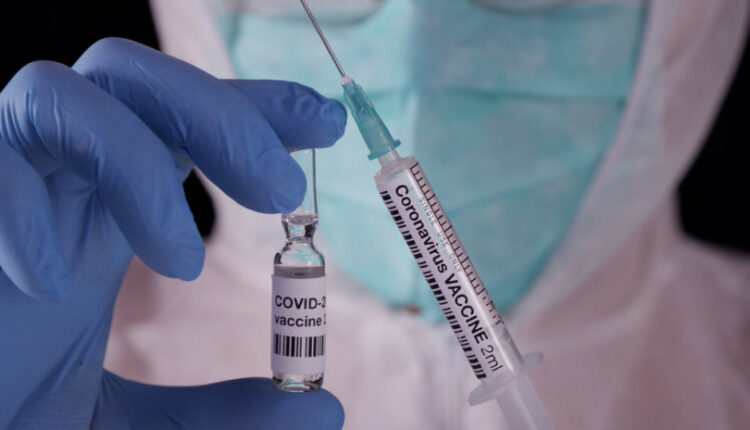 A healthy 16-year-old boy in California reportedly died during a Zoom math class less than a month after receiving his second shot of Pfizer’s COVID-19 injection, a VAERS entry shows.

On July 13, the boy’s mother filed a report with the Vaccine Adverse Event Reporting System (VAERS) — run by the Food and Drug Administration (FDA) and the Centers for Disease Control and Prevention (CDC) — indicating her son died 27 days after receiving his second dose of Pfizer’s experimental COVID-19 vaccine in April.

“My son died, while taking his math class on Zoom. We are waiting for the autopsy because the doctors did not find anything,” the mother wrote. “He was a healthy boy, he had a good academic index, he wanted to be a civil engineer. He was the best thing in my life.”

In the “Diagnostic Lab Data” section of the VAERS entry, the mother wrote, “He had no previous symptoms. I was with him one hour before and my assistant saw him 20 minutes prior and he did not show any irregularities.”

Per the report, the child’s second dose was administered on April 3, and the boy died on April 27.

The entry also indicates that the child had not been diagnosed with any allergies, pre-existing conditions, illnesses, disabilities, or birth defects, and had not been taking any medications prior to his death. He apparently stayed in the hospital for eight days, and it’s unclear how he participated in the Zoom class, or if he was released prior.

Incidences of children being severely harmed and even killed by the vaccines has been reported on at length since the vaccine was rolled out for young people earlier this year.

Back in June, Children’s Health Defense looked at the preliminary data surrounding the vaccination of children against COVID-19, and reported that “for those 12-17 years of age, the risk of developing myocarditis/pericarditis within 7 days of receiving the second dose is 32 times greater than expected for males and 9.5 times greater for females.”

For young adults aged 18-24 years, the increased risk of developing myocarditis and pericarditis was similarly elevated at 27 times greater than expected for males.

In the broader population, the World Health Organization’s own database includes over 2 million possible adverse reactions from the COVID-19 vaccines, with the highest proportion of them in young people aged 18-44.

Dr. Patrick Whelan, a pediatric specialist caring for children with the multisystem inflammatory syndrome, said the spike protein found in the vaccines is of special concern for young people, as it is a potentially lethal toxin that causes “microvascular injury to the brain, heart, liver, and kidneys in a way that does not currently appear to be assessed in safety trials of these potential drugs.”

Despite widespread and sometimes mandatory use, all the currently available COVID-19 so-called vaccines have yet to complete clinical trials, with the earliest completion date set for May of 2023.

Oxford-educated epidemiologist Dr. Paul Elias Alexander, a former COVID pandemic advisor to WHO-PAHO in Washington, D.C., found that children pose almost no statistical risk when it comes to the transmission of the virus, and even less risk when it comes to falling seriously ill as a result of contracting the virus.

Using the data and his extensive knowledge of epidemiology, Alexander determined that “under no circumstance should we expose children to the risk of the [COVID] injections.”

Attorney Thomas Renz said in August that analyzing the currently available data, in combination with the sworn testimony of government whistleblowers, his team has determined that vaccine injuries are “under-reported by a conservative factor of at least 5” in the VAERS database.

Renz, who is confident enough in his claim that he is seeking to prove it in a court of law, told LifeSiteNews that with the underreporting in mind, the jabs can easily be linked to a “conservative estimate” of 45,000 deaths in America alone.”

Dr. Peter McCullough, a renowned Texas cardiologist, said in response to California Gov. Gavin Newsom mandating the vaccine for all students, “[The data] doesn’t equal mandatory vaccination for children. It mandates just the opposite: an unbelievable, relentless, and unbreakable resistance to having the children vaccinated. It is simply not safe under any conditions. Period. Full stop.”