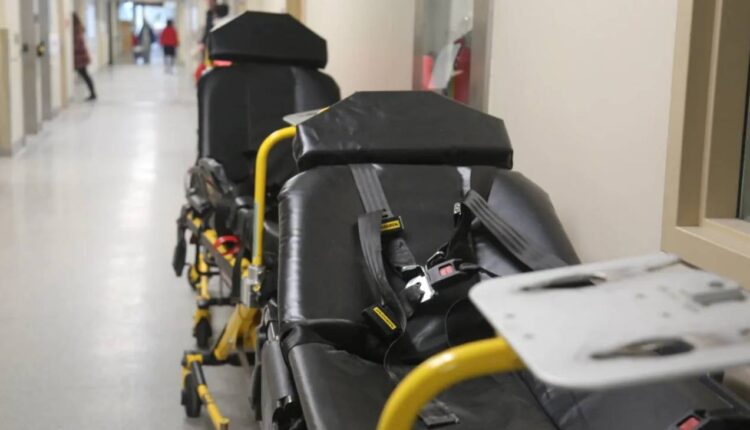 Deborah Tilli, 27, is one of the few people to have had a severe reaction to the Pfizer-BioNTech vaccine. And while she doesn’t want people to avoid the vaccine, Tilli says her case is a cautionary tale for those with allergies.

When she initially found out she was getting a vaccine, Tilli says, she was excited.

“I wasn’t scared, I was excited. I was like, ‘I’m going to be one of the first health-care workers in the city to get the vaccine,'” she said.

It came after nine gruelling months working during the COVID-19 pandemic, helping residents at Dundurn Place Care Centre who Tilli said “think their family doesn’t love them anymore and they’re not going to see their family again.”

On Thursday at around 11:15 a.m., she was preparing to get vaccinated. She said she filled out consent forms and waited to be screened.

That’s when Tilli noticed something was off. She said the nurse looking over her file lacked confidence about what they were doing.

“I do have a severe allergy to bumblebees, and the nurse went over that with me and even questioned me about it, but … it seemed like she really didn’t know what she was doing,” Tilli said.

Tilli acknowledges she could have done more homework about the vaccination process ahead of time, and that this may well have been a simple mistake by someone who was also nervous to do the job.

But none of that changes what happened after she got vaccinated.
‘What if I left my two girls without a mother?‘

She expected to only wait around for 15 minutes before going home, she says. Instead, Tilli began to feel light-headed. Then, a scratch in her throat.

She dismissed it as nervousness, she says, but the symptoms didn’t go away. Tilli says she approached a paramedic about what she was feeling.

Tilli says the paramedic checked her vitals and noticed her heart rate was high. She received a Benadryl shot and it seemed to work for a few minutes. But the symptoms returned and worsened, she says.

“The supervisor from the paramedics was there and he just said ‘OK, let’s give her the EpiPen,'” Tilli said.

“Within a minute, I just said, ‘Something doesn’t feel right in my body,’ and I remember just passing out and leaning over to the right.”

Dave Thompson, superintendent of the local paramedic service, confirmed to CBC News that Tilli was taken to hospital in stable condition.

Tilli says when she woke up, she was told she suffered seizures and needed CPR for a brief period. She doesn’t remember much during the reaction, but says one moment sticks out — accepting the fact that she could die.

“There was a moment where, I don’t want to say I gave up, but I was just like ‘It is what it is.’ … [Days later] when I was in bed the other night, I was thinking, ‘What if I left my two girls without a mother?'” Tilli said.

Hamilton Public Health Services declined a request for comment, but Colin Furness, an infection control epidemiologist at the University of Toronto, says Tilli’s experience with the vaccine doesn’t mean it is unsafe.

“When you administer a vaccine to enough people, you’re going to get adverse reactions … there’s really two safeguards there,” Furness said.

“One is public communication that says if you have severe allergies, this is not the vaccine for you, not now, not yet. Wait for Moderna, perhaps. So everyone who has allergies should be awake and paying attention to that. Number two is people who are doing screening should also be right on top of that, so it looks like there was a double failure.”

He notes the Phase 3 safety trials of the vaccine found no anaphylaxis, but estimates only a “small handful of people” have been impacted by allergies.

Furness also says those who use this story to sow doubt about vaccines needs to remember every medication has adverse reactions in some people.

Tilli says her mind is still in a fog and her ribs are sore, but she’s better than she was on Thursday. That said, she’s not sure when she’ll be back to normal and worries about future seizures.

Tilli began to choke up thinking about how it could lead her to lose her driver’s licence or even her job, which she says is her passion outside of parenting.