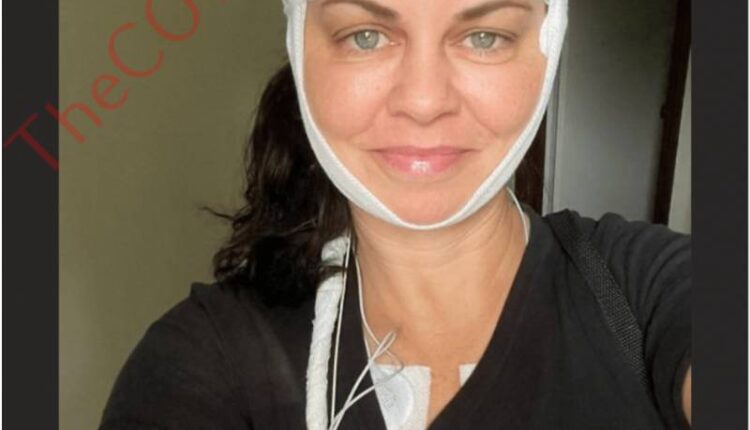 LAND O’ LAKES, FLORIDA — Ms. Tiffany Thomas owns a small business called Emerging People. Its mission is to provide in-home services for people with developmental disabilities. Now she needs the services that she provided others for more than a decade.

Ms. Thomas received her first and only Pfizer mRNA injection on April 6, according to her Facebook page. Everything seemed fine for nearly two weeks, until her entire existence flipped upside down on April 18. She was rushed to the emergency room with a plethora of symptoms, including convulsions, inability to speak complete sentences, dizziness, and memory loss. Two more emergency room visits followed in the next two weeks.

Doctors have given every diagnosis imaginable, including Guillain-Barré Syndrome, Meniere’s Disease and Postural orthostatic tachycardia syndrome (POTS). The Meniere’s Disease, which this blogger never heard of until now, has caused Ms. Thomas to suffer partial hearing loss in her right ear. But essentially, the entire right side of her body no longer functions like it used to.

Ms. Thomas kept her condition secret until August 23, when she first posted about it. She’s been networking with others who have suffered adverse reactions to the shots and vows to “[do] all I can in my power to regain normalcy.”

Ms. Thomas posted another update on September 22. She described how one minute she feels as normal as possible, only to suddenly experience a racing heart, pressure in her head, and numbness on the right side of her body. “What the hell has this [vaccine] done to my damn body,” she asked rhetorically.

Doctors have prescribed several medications to mitigate the symptoms. But Ms. Thomas refuses to take any of them, as she fears anymore chemicals in her body will only exacerbate the situation. Her frustration with the entire situation is apparent and justified.

This is not me, this is not who I use to be. I have been running the same high paced business for 11 yrs., managing other children’s lives. And now, I have doubts on my everyday life? It’s infuriating, it’s defeating, there’s days of uncertainty, certainly days filled with anxiety of not knowing what the next hour may bring.

Her final update as of publishing is from October 20. She prefaced the post with the obligatory disclaimer, “I want to make it clear, I am not an anti-vaxer or a conspiracy theorist.” Ms. Thomas reiterated that she refuses to take any medications and instead depends on acupuncture, red light therapy, and chiropractic procedures.

She is dealing with autonomic dysfunction, meaning the nerves that regulate vital physiological functions like breathing, heart rate, etc. are severely damaged. Ms. Thomas said she hopes to reverse the nerve damage. But there is no known cure for this condition. All she can do is hope to mitigate the symptoms.

Ms. Thomas said she will visit more neurologists and perhaps the Mayo Clinic in the coming weeks. We’ll update in due course.