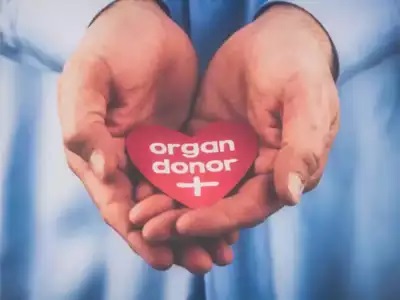 NEW DELHI: A 22-year-old girl with no history of any serious illness suffered from neurological complications and was declared brain dead at a private hospital in Delhi recently.

Her family wanted to donate her organs so that the lives of other patients requiring a transplant could be saved. However, this wasn’t allowed because National Organ Transplantation Organisation (NOTTO), which is the nodal agency for allocation and distribution of organs and tissues in the country,
insisted that a postmortem examination was needed to rule out if or not the complication was caused due to vaccination. The family didn’t agree.

The girl, a resident of Agra, took the Covishield vaccine on June 2. After that, she developed a fever and a persistent headache. Tests conducted at a local hospital showed she had blood clots in the brain’s venous sinuses and her platelet count was extremely low. On June 14, she was referred to Max Super Speciality Hospital Saket where, despite all efforts, her condition deteriorated. The 22-year-old was declared brain dead on June 18 at 5 am.

The family was keen to donate her organs. But, sources in NOTTO said, because the neurological complications she presented with were seen post-vaccination, they insisted on a postmortem. It was not clear whether the complications in her case were vaccine-induced.

“Postmortem is necessary in cases of suspected or confirmed Adverse Events Following Immunisation (AEFI) to know how vaccine related side-effects affect organs. Also, if the neurological complications were indeed vaccine-induced, there is a likelihood that the side-effect may have damaged other organs as well and the recipient would be at the risk of developing complications following a transplant,” a NOTTO official, who did not want to be quoted, said.

The girl who was brain dead was finally taken home by the family with Leave Against Medical Advice (LAMA) because they did not want a postmortem done. Her last rites were performed in Agra.

The incident has led to serious questions about the lack of guidelines for organ transplantation in cases of suspected or confirmed cases of deaths caused post-vaccination. “I am appalled by the decision of NOTTO to insist on a postmortem just for the purpose of organ donation. Actually, if multi organ donation would have happened, it would have been a de-facto postmortem,” said Dr Subhash Gupta, chief liver transplant surgeon at Max Saket, where the girl was admitted.

Dr A S Soin, chairman of Institute of Liver Transplantation and Regenerative Medicine at Medanta – The Medicity, said postmortem should ideally be done in deaths due to AEFI, including suspected or confirmed cases of vaccine-induced thrombosis with thrombocytopenia – meaning blood clots in the brain’s venous sinuses and extremely low platelet count. “However, going for a postmortem is up to the treating team, hospital, family, health authorities and the police. NOTTO is not the right authority to insist on the same. In fact, no postmortem was eventually done in this case. In this confusion, we have lost precious organs that could have saved the lives of many. Also, the wishes of a family that was willing to donate their young daughter’s organs who had just been declared brain dead went unfulfilled. This is unfortunate,” he said.