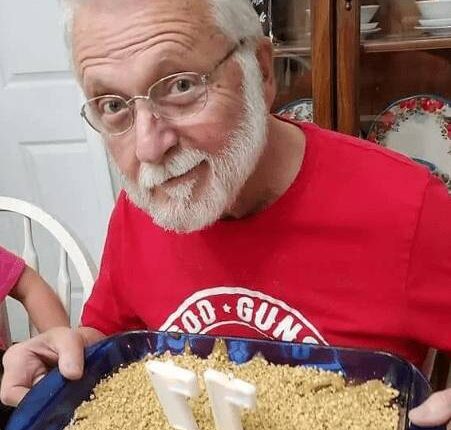 COOKEVILLE, TENNESSEE — An active 77-year-old father and grandfather was warned by his daughter not to get a booster shot. He’s now dead and the daughter is warning others to avoid the boosters.

Mr. James “Jim” Cooper Sawyer received a third Pfizer mRNA “booster shot” on August 20, according to his daughter Leah Flaga. Pfizer booster injections are currently recommended by the Centers for Disease Control (CDC) only for immunocompromised people. Thus it is unclear why or how Mr. Sawyer even got the third injection, as he was described as healthy and vibrant by his family. The CDC reported that one million Americans have received booster shots as of August 31.

Mr. Sawyer immediately started “not feeling right” after the third injection. He text-messaged his daughter that day, asking her if she could help explain the adverse effects he was experiencing. No more information is provided thereafter. Mr. Sawyer passed away “suddenly and unexpectedly” on August 28.

Ms. Flaga said she hopes sharing her father’s story will “cause someone to think twice and do their research before so willingly injecting something so foreign into their body.”

We’ve chronicled at least three instances on this blog of former President Donald Trump encouraging his voters and fans to get the experimental injections. Anyone still defending Trump as some good, noble person is just as brainwashed and controlled as liberal vaxx zealots. Mr. Sawyer may have been influenced by Trump. He was a loyal fan and voter.

In fact his whole family and circle of friends are all very pro-Trump based on their social media posts. Some of them are currently “fully-vaccinated,” but will now refuse the boosters.

But Ms. Flaga seems to believe that the “booster shots” are currently authorized for emergency use by the Food and Drug Administration.

So far we’ve only covered one other booster shot story. Actor and body builder Michael Mitchell received two Sinovac injections before receiving a Pfizer booster in Turkey. He died six days later. Granted it is a small sample size. But so far, all indications are that these boosters kill quick. Meanwhile mainstream media and Fauci continue disseminating dangerous disinformation about the booster shots, encouraging people to volunteer for their own slaughters.

Trump is trying to redeem himself. Though he’s still a “vaccine” cheerleader, he semi-indicated that he will not get a booster shot.

“I feel like I’m in good shape from that standpoint — I probably won’t. I’ll look at stuff later on. I’m not against it, but it’s probably not for me.”

But we’re betting on this position changing once his controllers get to him.