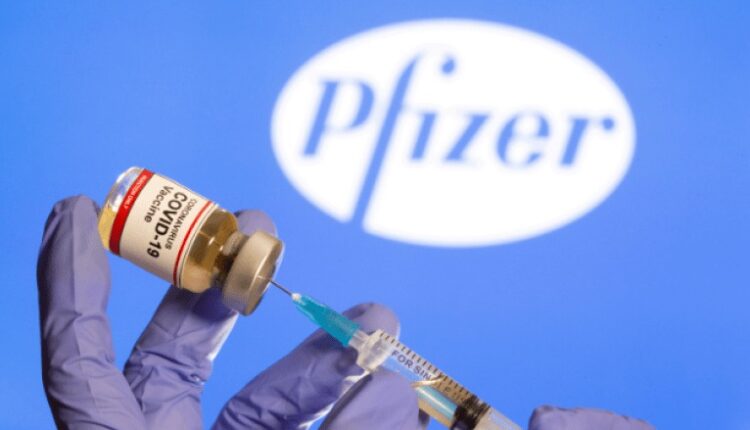 A 61-year-old man from the UK who received both doses of the Pfizer/BioNTech Covid-19 vaccine developed Bell’s palsy post-injection.

The National Health Service (NHS) confirmed that the adverse reaction, which causes paralysis on one side of the face, is linked to the vaccine in a new report.

However, despite admitting the link to the vaccine, the NHS insists that cases of post-inoculation Bell’s palsy such as the one experienced by the patient were “very rare.”

A paper published July 19th in BMJ Case Reports detailed the circumstances surrounding the 61-year-old man from the UK. The case report states that the man had no previous history of facial nerve palsy and had no known drug allergies or previous reactions to vaccines. However, the man did have a number of underlying health conditions, such as high blood pressure and Type 2 diabetes.

The 61-year-old received his first dose of the Pfizer vaccine on 18th January 2021, where he developed right-sided facial weakness just five hours post-injection, where he then visited the local hospital the following day.

On examination, doctors discovered that there was a “right-sided lower motor neuron facial palsy with incomplete eye closure and no forehead movement.” The patient was diagnosed with Bell’s palsy and was prescribed the steroid prednisolone. After a four-week treatment period with the steroid, the facial paralysis was resolved.

Six weeks after his first dose, the man received his second dose of the Pfizer/BioNTech mRNA vaccine. Two days after his final vaccine shot, the Bell’s palsy episode returned – this time on the left side of his face. The man reported symptoms including dribbling, difficulty swallowing, and being unable to fully close his left eye.

Once again, the man visited the hospital and was prescribed prednisolone once more to address the paralysis. He said that during a follow-up telephone call two weeks later that he was almost back to normal after the treatment.

The paper’s authors wrote that the patient “had been advised to discuss future mRNA vaccines with the GP on a case-by-case basis, taking into account risk versus benefit of having each vaccine” in the future.

Patients with Bell’s palsy experience muscle weakness and facial paralysis which causes half of their face to appear to droop. Usually, it is a temporary condition as symptoms typically improve within a few weeks, with complete recovery in six months. However, a small number of patients will have some symptoms for a longer time or will see a resurgence of the condition in later life.

While the exact causes of the condition are unknown, scientists believe it is caused by an immune system response. The resulting overreaction leads to “facial nerve inflammation” or swelling that damages a nerve responsible for facial movement. However, there are other reports of Bell’s palsy developing post-injection of the Covid vaccine.

The paper mentions two other cases of facial paralysis post-inoculation with the Pfizer jab. A 57-year-old woman in Los Angeles developed severe Bell’s palsy 36 hours after administration of the second dose of the vaccine. The dose was given 19 days after the first dose, and the patient was developed left-sided facial palsy. Whilst the patient had three previous episodes of facial paralysis, the paper said that steroid and antiviral drug treatment helped address her condition.

Similarly, a healthy 37-year-old Italian man developed Bell’s palsy five days after receiving the Pfizer jab. The man had no underlying health conditions or previous Bell’s palsy, and his condition was resolved with treatment of high-dose steroids.

The paper concludes with: “The occurrence of the episodes immediately after each vaccine dose strongly suggests that the Bell’s palsy was attributed to the Pfizer-BioNTech vaccine, although a causal relationship cannot be established.”

Bell’s palsy had already been deemed a risk connected to the Pfizer vaccine, ever since its clinical trials. In December 2021, the US Food and Drugs Administration (FDA) said that in its clinical trials, four participants suffered facial paralysis. This finding was revealed in its report released just days before the mRNA vaccine was granted emergency use authorisation (EUA).

According to the FDA report, one participant developed facial paralysis and weakness within three days following inoculation. Their condition returned to normal three days later. A second person developed Bell’s palsy nine days post-injection, and two others suffered from facial weakness 37 and 48 days after vaccination, respectively. The latter three eventually recovered from the facial paralysis between 10 and 21 days.

Despite the risk associated with the vaccines, the FDA approved the Pfizer/BioNTech jab for emergency use in the US on December 11th, 2020. In a statement, the FDA said that the Pfizer vaccine had met the “statutory criteria for issuance of an EUA”, and that there was enough data proving that “it may be effective in preventing COVID-19.” In the same statement, the FDA added that “the known and potential benefits outweigh the risks, supporting the vaccine’s use in millions of people 16 years of age and older, including healthy individuals.”