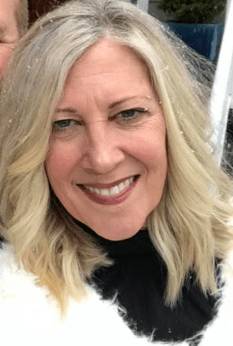 FERNDALE, WASHINGTON — A 60-year-old physical therapist and avid runner is accepting that her life will never be the same. Now she is pleading with the public to listen to others and stop the shame game.

Mrs. Shelly Sytsma received her second Pfizer mRNA injection on June 3, according to her Facebook page. She did not immediately “announce” to everyone that she got the shots. Nor did ever virtue signal in any way or take any sort of stance publicly related to the injections.

However, Mrs. Sytsma posted a long, unusual-for-her rant on August 17 [1, 2, 3, 4, 5]. It appears to be a conversation between herself and someone at the Centers For Disease Control (CDC). It’s unclear whether the conversation really happened, or if it’s just her venting. But it was the first sign that she had some sort of adverse reaction to the Pfizer injections.

Mrs. Sytsma shared a video on September 14 describing everything she has been through since the second Pfizer injection. She decided to get the injections because she needed her “white card that you need for everything,” particularly in a COVID dystopia state like Washington. Two days after the second injection, on June 5, Mrs. Sytsma checked into a hospital due to chest pains. She was diagnosed with pericarditis. Doctors prescribed antibiotics, anti-inflammatory medication, steroids and nitroglycerin in case the chest pains returned. Mrs. Sytsma was discharged and sent home. But the situation worsened.

She went to a cardiologist a few days later, and was diagnosed with tachycardia (elevated heart rate) and bradycardia (abnormally slow heart beat). In other words, her heart no longer knows how to function after the injections. Doctors prescribed magnesium, potassium, more antibiotics and more anti-inflammatory medication. Mrs. Sytsma wasn’t ready to give up on life. She is a healthy-looking 60 and runs regularly. So she continued her regular activities despite her situation.

Mrs. Sytsma went for a morning run on August 1. When she got home, she experienced pain throughout her body like she’d never experienced in her life. Again, she wants to live her life as normal. She and her husband already had a trip to Alaska planned and they were leaving in the morning. Mrs. Sytsma ignored the pain and got on the plane. She enjoyed her trip to Alaska, went hiking, and did everything as planned. But when she got home, the situation escalated quickly.

The pain in Mrs. Sytsma’s legs grew so severe that she went to the doctor. They performed an ultrasound and diagnosed her with deep vein thrombosis – blood clots in the lower legs. We’ve covered at least two such cases on this blog. In both cases, the victims required amputations of their legs. Doctors performed a CT scan, prescribed blood thinners and discharged her. But Mrs. Sytsma grew concerned when doctors failed to contact her a few days later with the CT scan results.

Mrs. Sytsma called the radiologist and asked for an update. The radiologist told Mrs. Sytsma to call her insurance company, a very strange request. But she called her insurer. They said, “go to the hospital immediately.” Doctors performed another CT scan and discovered a pulmonary embolism – blood clots in her lungs. Essentially the clot(s) in her legs broke loose, traveled through her circulatory system, and ended up re-lodging itself in a lung artery. Mrs. Sytsma said she was lucky to get to the hospital when she did, as she likely would have died suddenly without treatment. Doctors discharged her again.

The next morning, Mrs. Sytsma woke up to even more severe pain. She went back to the hospital. Doctors discovered yet another pulmonary embolism.

Mrs. Sytsma, of course, stated the “I’m pro-vaccine” disclaimer at about the 3:50 mark. But she also said she understands anti-vaxxers and people who are hesitant, and will “stand with them.” She specifically called out Jimmy Kimmel for shaming and wishing death upon people who refuse the injections. Mrs. Sytsma said she’d do anything to exchange this “basket of shit” (all the numerous drugs she must take just to live now) for her old life back. She wants to run and exercise again.

But she’s also learning the consequences of sharing these details. Vaxx zealot trolls are questioning the authenticity of her story. Mrs. Sytsma now realizes that it comes with the territory.

She concluded the video, saying, “this vaccine sucks, but I’m not telling you not to get it. But we gotta listen to each other and provide each other love.”