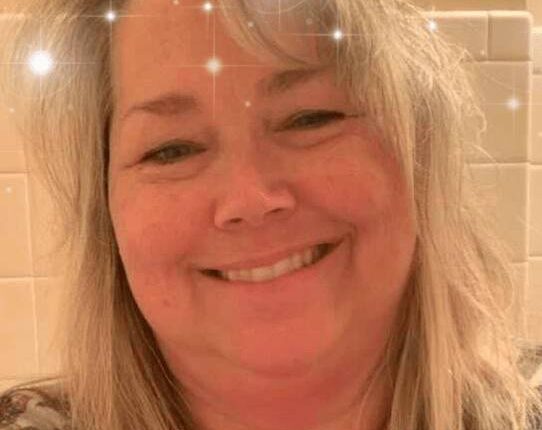 CHARLESTON, WEST VIRGINIA — A 57-year-old West Virginia woman is dead after one of the strangest turn of events we’ve covered on this blog.

Mrs. Kim Jarvis declared on August 29, “I am vaccinated.” She did not clarify which injections she received, nor did she specify when she received the injections. A search through her Facebook posts from May 1 to August 29 revealed no further information. It frankly doesn’t matter which injection she received as all of them are equally lethal. But it’s the rest of her lengthy post that day that makes this story so bizarre.

She admitted that she doesn’t know what in the injections. Mrs. Jarvis continued, saying she also doesn’t know what’s in a Big Mac or hot dogs, but suggested she eats them anyway. Of course nobody really knows (beyond broad, ambiguous generalizations) what’s in the mRNA and viral vector DNA injections because all of the package inserts that are supposed to contain that information are blank. There are numerous videos of pharmacists opening the boxes of vials and revealing the blank inserts.

Mrs. Jarvis continued, saying she doesn’t know what’s in Tylenol, shampoo or tattoo ink. But she said she wants to travel and “protect us.” Mrs. Jarvis said she “trusted the science” for all other vaccines and “trusted [her] doctor” when he recommended the COVID-19 injections. Ironically she also said “life is very short.” Note: we’re told this post is “copypasta” and is apparently making the rounds on Facebook with many vaccine zealots.

Mrs. Jarvis, as she normally and frequently did, posted several bulletins about missing dogs in West Virginia on August 30. Her last post was at 7:17 p.m. local time. She apparently went to her daughter Heather’s house that night. Mrs. Jarvis told Heather “I love you” and “I’m so glad you’re home safe.” The next day, Heather posted an update. She said her mother “passed away unexpectedly in her sleep” that night, hours after she saw her.

Mrs. Jarvis was a die-hard supporter of the injections. She falsely compared the polio and smallpox vaccines to the current mRNA and viral vector DNA injections.

It took, at minimum, 16 years to develop a polio vaccine from the time President Franklin Roosevelt funded the research in 1938 until the first vaccines were administered in 1954 trials. The smallpox vaccine took at minimum 28 years from the time Dr. John Fewster theorized it and Dr. Edward Jenner administered the first shot in the United States. A “vaccine” is not developed in six months, as these current injections were.

Mrs. Jarvis took many subtle jabs (no pun intended) at the non-vaccinated. She was also a Christian. Yet she wondered why non-Christians mocked her faith.

Her daughter also mocked the non-vaccinated quite a bit.

Mrs. Jarvis was a paralegal by trade. But she was looking for work at the time of her death, according to her LinkedIn page. She is survived by her husband, daughter, son and at least one grandchild.