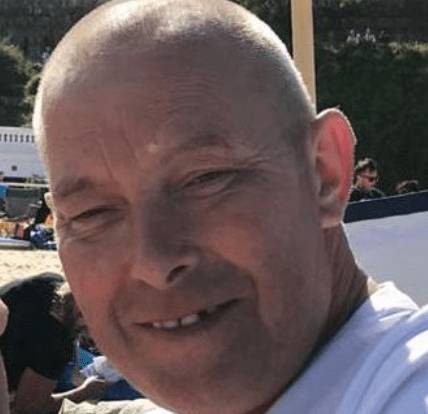 STOKE-ON-TRENT, STAFFORDSHIRE — A 57-year-old father and grandfather is fighting for his life as AstraZeneca continues leading this global genocide.

Mr. Anthony Shingler received his first experimental AstraZeneca viral vector injection on or around March 1, according to StokeOnTrentLive. He worked as a security manager and, from all accounts, was healthy and fit. That all changed within days.

His wife, Mrs. Nicola Shingler, told reporter Fahad Tariq that Anthony immediately suffered mild adverse reactions, including muscle aches and “a muddy head.” The leg pain worsened by March 8 and, by March 12, his legs were completely numb. Mr. Shingler continued going to work despite all the issues. But by March 19, he started feeling “pins and needles” in his extremities. That is a definitive symptom of Guillain-Barré syndrome (GBS).

He went to Haywood Walk-In Centre, and was immediately transferred to A&E (emergency room) at Royal Stoke University Hospital. But doctors sent him home, claiming it was only allergies. Mrs. Shingler, 48, dialed 999 (the British 911) on March 22 when her husband’s condition continually spiraled downward. He was taken back to Royal Stoke, diagnosed with GBS and placed on a ventilator.

He’s been in the hospital since that time, with no end in sight.

The National Health Service (NHS) administers the publicly-funded healthcare programs across the U.K. Callousness and arrogance are expected from all these government agencies that are essentially owned by Pfizer, Moderna, AstraZeneca, et al. But the NHS is still sending Mr. Shingler text messages telling him to get the second AstraZeneca injection while he is clinging to life in the hospital.

Mrs. Shingler stated the obvious in that her husband was maimed by the AstraZeneca injection. Now she barely recognizes her husband. He has constant hallucinations and has not been able to breathe on his own for nearly four months. Mrs. Shingler conceded that it’s unlikely her husband will survive much longer. And even if he does leave the hospital alive, their lives are forever altered. The family is struggling as Mr. Shingler was the primary breadwinner.

Mrs. Shingler has a message for the U.K. government and anyone considering these experimental injections:

I want action and for the government to acknowledge what’s going on. They are trying to ignore it so people don’t fear going for the vaccine. The government can bury their heads in the sand – but they are wrecking the chances of the vaccine in the future. My daughters won’t forget this. His grandchildren won’t forget that their grandad was not supported. Trying to cover it up makes it look even more sinister.

The Shingler family hopes a petition to reform the Vaccine Damage Payments Act 1979 receives 100,000 signatures by December 3. Parliament must consider it for debate if it reaches that threshold. But the petition has already garnered over 10,000 signature, which requires, at minimum, some sort of government response. The U.K. government has not responded as of publishing.