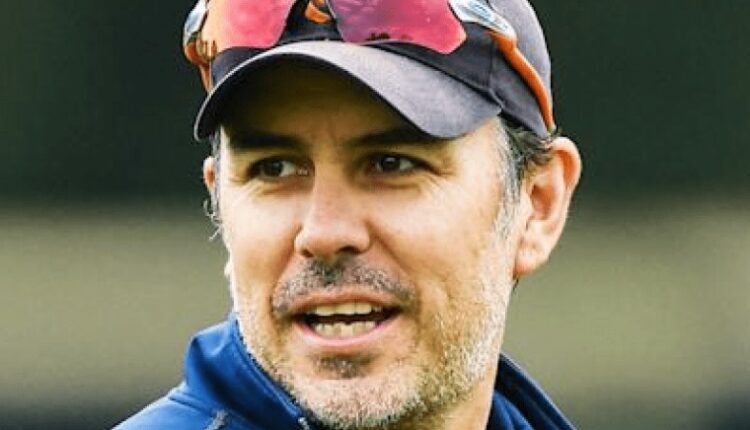 LONDON — No sport has been hit harder by vaccine de-population than soccer. But high-profile Australian cricketers are trying to play catch-up, and don’t mind virtue signaling on their ways out.

Mr. Ryan Campbell is head coach for the Netherlands national cricket team. But before his coaching career, the Perth-born cricketer tried making a name for himself on the pitch. Mr. Campbell, known as “Cambo” to friends and fans, never played Test cricket, the game’s oldest, most-prestigious, and longest form of the game. But he arguably invented the “scoop shot” (or ramp shot) where you pop the ball in the air in a baseball bunting-type fashion. He did it twice in 2002 against Sri Lanka while playing for Australia A, the second national team.

Some credit Sri Lanka’s Tillakaratne Dilshan for inventing the shot in 2009 and re-naming it the “Dilscoop.” Regardless, Mr. Campbell was a talented batsman in his own right.

Unfortunately he played in an era when the Aussies had an embarrassment of riches in cricket talent. Of course that crop includes Mr. Shane Warne, who is the perhaps the greatest cricket player of all time. Of course, Mr. Warne passed away last month in Thailand after suffering a post-injection heart attack. Mr. Rod Marsh, another talented Aussie cricketer, passed away one day prior to Mr. Warne. Mr. Campbell acknowledged both men’s deaths.

Mr. Campbell played for the Western Australia men’s cricket team from 1995 to 2006. He also played in the Indian Cricket League and in Hong Kong before retiring. Mr. Campbell worked as a television and radio commentator as well. He was appointed head coach of the Dutch national team in January 2017.

Cambo was not in the same stratosphere at Shane Warne as it relates to cricket. But he could hold his own in the battle of virtue signaling.

“Get a grip you moaners and groaners”

Mr. Campbell was never shy about his enthusiasm regarding the entire COVID-19 agenda. It started in March 2021, when he presumably received his first mRNA or viral vector DNA injections.

He started his “get vaccinated” campaigns in July 2021.

That continued through the end of the year.

Mr. Campbell even administered COVID-19 tests to his elf on the shelf during Christmas.

After the New Year, Mr. Campbell grew even more aggressive with his virtue signaling. “So to all of you moaners and groaners, get a grip…get on with it, get vaccinated, and find a way to put a smile on your face,” he wrote.

Mr. Campbell, in February, tested positive for so-called COVID-19 despite being triple-vaxxed.

Mr. Campbell was back in Perth last week visiting family. He returned to Europe this past weekend.

Radio 6PR presenter Gareth Parker broke news last night that Mr. Campbell was in London playing with his kids at a park. He suddenly collapsed and could not breathe. A random person performed CPR until an ambulance arrived. Mr. Campbell was taken to a nearby hospital and placed in a medically-induced coma. Mr. Parker said he saw Mr. Campbell last week and he was “fit as a fiddle.” Mr. Parker also said Mr. Campbell has a pacemaker. Listen to the broadcast from last night below.

Doctor are attempting to bring Mr. Campbell out of his induced coma today, according to Mr. Parker. The story is still developing. We’ll update in due course.