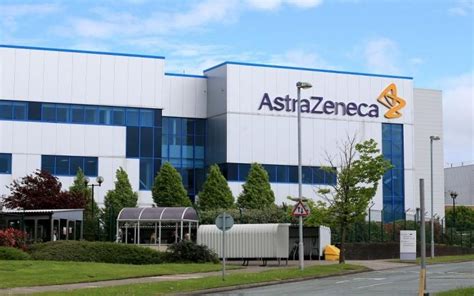 OSWESTRY, SHROPSHIRE — A 42-year-old husband, father and active soccer coach thought he was doing something for the greater good. He is now preparing for a completely different lifestyle, including unemployment.

Mr. Simon Walker received his first dose of experimental AstraZeneca viral vector DNA on May 2, according to the North Wales Pioneer. By May 9, he was in a local hospital with a resting heart rate of 188 beats per minute (bpm). A normal adult resting heart rate is between 60 and 100 bpm. Doctors found a “huge blood clot” in his heart that damaged normal functions.

Mr. Walker spent 17 days in the critical care unit of the Shrewsbury and Telford Hospital. He was unable to move at all, as it could have increased his heart rate further and caused a stroke or cardiac arrest. Doctors cleared part of the blood clot, but were unable to remove it completely.

Mr. Walker’s heart now has an ejection fraction of 20%, or about one-third of a normal functioning heart. This condition, called systolic heart failure, means the heart cannot pump with enough force to properly push blood through the circulatory system. Doctors told Mr. Walker that the blood clot and subsequent heart damage was “most-likely” caused by the AstraZeneca shot.

Any semi-rigorous activity, including climbing stairs, could endanger Mr. Walker’s life. He told reporter Jack Butler that the 17 days away from his wife and three children took a major toll on the family. He had no history of heart problems prior to the AstraZeneca injection. The large blood clot should have killed him, according to doctors. Despite being home, life is unlikely to ever return to normal.

Mr. Walker worked as a carpet and flooring installer. He was also a soccer coach. But he’s no longer able to do either job; and it’s unlikely he ever will again. Mr. Walker and his wife, Sian, signed a petition calling on Parliament to reform the Vaccine Damage Payments Act 1979. It is the same petition that Mr. Anthony Shingler promoted after he developed Guillain-Barré Syndrome following the AstraZeneca injection.

Despite the family’s uncertain future, they still support the vaccination effort. Mr. Walker said the following:

I’m not anti-vaccine – I would 100 per cent encourage people to go for it because I think it’s the only way we can come out of the COVID situation. I’m just very unlucky to be one of the people who it has affected like this – it has probably changed my life forever now.

Dr. June Raine, Chief Executive of the U.K. Medicines and Healthcare products Regulatory Agency (MHRA) said in a statement that the benefits of experimental mRNA and viral vector DNA outweigh the risks. She also said it is “vitally important” for everyone to get their injections.