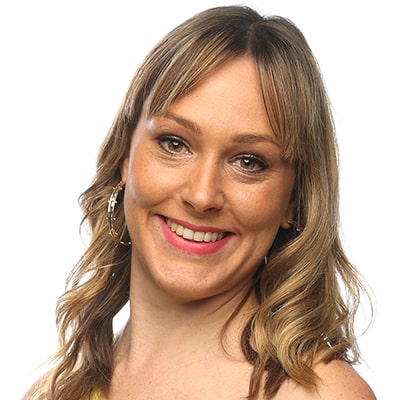 SYDNEY, NEW SOUTH WALES — A 27-year-old Daily Telegraph reporter with no preexisting conditions is out of the hospital, but still displaying signs of psychological impairment.

Ms. Georgia Clark received her first dose of experimental Pfizer mRNA on July 2, according to her Twitter account. She posted a short video, along with a tweet saying “first step to freedom.”

Ms. Clark reported severe headaches and fatigue days after the first injection. She received the second dose on July 25. Ms. Clark not only basked in seeing a long line of people in front of her at the vaxx clinic, but again tied the experimental injections to freedom.

The rest of her tweets that day spoke of having a potential “vaccine party,” while also promoting the arrest of protesters against lockdowns and “vaccine” mandates.

She tweeted only twice from July 29 to August 10, before re-emerging yesterday. And now we know why.

Ms. Clark checked into the emergency room on August 4 after suffering from severe chest pains and a high fever. But doctors discharged her after brief observation. The pain and fever persisted for the next several days, leading her to check into Concord Repatriation General Hospital on August 9. Ms. Clark was diagnosed with pericarditis, or swelling of the protective sac (pericardium) around the heart. It is a known side effect from the Pfizer injections.

She posted a disturbing video from her hospital bed that displays a common psychological disposition among people who have received these injections and suffer severe adverse reactions. Ms. Clark said the pain is being managed with medication. She emphasized that her potentially-permanent heart issues as a result of Pfizer are “very rare.” Ms. Clark went further, saying “despite these side effects, I would get the vaccine again.” She said it’s a sacrifice for the greater good, and that it’s better than getting COVID-19.

Ms. Clark encouraged everyone to get the injections and “take the side effects on the chin.” She continued tweeting that day, apparently trying to convince herself that potentially-permanent heart problems are better than COVID-19 and that these side effects are “rare.” Ms. Clark was discharged yesterday, saying she would be “down and out” for a couple of days.

She was back on Twitter this morning (about 10 p.m. in Sydney), again, trying to convince herself that the pericarditis adverse effects are rare and that it’s better than COVID-19.