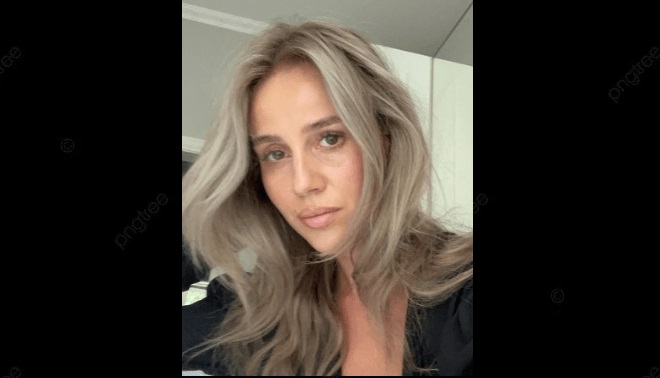 OSLO — A 25-year-old fashion blogger, designer, author and social media influencer is now the most extreme case of post-injection menstrual syndrome (#PIMS) we’ve covered on The COVID Blog™. And mainstream media are scrambling for control of the narrative as this phenomenon can no longer be ignored or hidden.

Ms. Anniken Englund Jørgensen, aka Annica Englund, is from Drammen, Norway, about 27 miles (43 km) southwest of Oslo. She appeared in one episode of the television series Big Brother in 2012, when she was just 15. Ms. Jørgensen started a fashion blog around this same time. She amassed 82,000 Instagram followers by 2014.

We assume Ms. Jørgensen was born into wealth because she was described as a “rich fashion blogger” in the 2014 web series Sweatshops: Deadly Fashion. She didn’t have near-enough website traffic and Instagram followers to be making millions on her own at that time. Ms. Jørgensen also displayed complete obliviousness about Cambodian sweatshops and the general conditions in the country during the first half of Episode One of the foregoing series. Asian sweatshops are also not some global secret.

Ms. Jørgensen and two other wealthy fashion bloggers from Norway traveled to Phnom Penh to immerse themselves into sweatshops and Cambodian life firsthand. They experienced the manufacturing process by working in a sweatshop for one day. They also stayed one night in the home of a regular sweatshop worker.

It’s unclear when exactly Ms. Jørgensen received the injections. But a lengthy November 2 Instagram post was the first clue that something was very wrong. She said she received a “birth control shot” in June 2021. We assume she’s talking about the Depo-Provera injection, which of course is manufactured by Pfizer. It’s also reasonable to assume, based on clues throughout her Instagram page, that Ms. Jørgensen received the Pfizer mRNA injections around that same time.

She said in the November post “I have been bleeding ever since” the birth control shot. Ms. Jørgensen stepped on a soap box from there. A bit of what she wrote:

“I don’t want to do this anymore, and at the same time being pregnant would be the worst thing for me, I don’t want children and I would do an abortion (i feel I have to be honest about that).“

Ms. Jørgensen started hinting in December that the Pfizer injections were causing her menstrual issues.

She tried living a normal life. But Ms. Jørgensen was now a woman experiencing a perpetual period. She posted an Instagram story in February. Ms. Jørgensen wrote again that she doesn’t want children, and doesn’t care if her boyfriend leaves her because of it. She said she’d rather adopt, seemingly conceding that she’ll never be able to carry a child to term even if she wanted to.

Ms. Jørgensen, again, tried living her life as normal. She said nothing further about the menstrual issues until this past Wednesday. But this time she said, in more certain terms, that the bleeding started after her second Pfizer mRNA injection.

“It’s been a full year of bleeding every single day except 1,5 month. I’ve been bleeding the same amount this period as [a] women does in her entire lifetime. In one year.”

Ms. Jørgensen was vague in her most recent post yesterday. But she appears more defeated than at any point in her Instagram “life.”

We’ll update in due course.