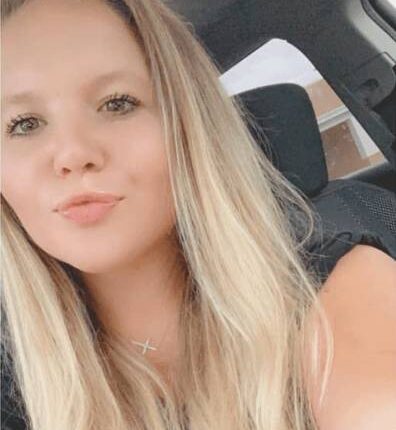 ST. LUCIE, FLORIDA — A 23-year-old Florida woman and avid angler is coming to terms with the fact her life will never be the same. But she’s still hesitant to identify the culprit of all of her problems.

Ms. Brittany Jouppi received her first Pfizer mRNA injection on Monday, August 9, at a local Walgreens, according to her Facebook page. She survived the “15-minute waiting period” and was sent home. But she developed dizziness and a severe headache while driving home. She also felt numbness and tingling in her extremities. But Ms. Jouppi, like many vaccinated individuals, dismissed it all as normal side effects after the injections. So we went to sleep thinking she’d wake up feeling normal. That didn’t happen.

Ms. Jouppi had fully-body numbness in addition to severe headaches, tingling sensations in her limbs, sharp pain behind her eyes, and confusion the next morning. She went to the emergency room, was tested for COVID-19, and sent home. A nurse told her, “there are too many COVID positive patients in here right now, we don’t want to potentially expose you. Come back if symptoms worsen.”

She laid down for a nap when she got home. Ms. Jouppi woke up two hours later to use the bathroom. Next thing she knew, she woke up in the hospital. Her boyfriend found her on the bathroom, unresponsive, in a pool of urine as she lost bladder control. Paramedics took her back to St. Lucie Medical Center, the same place that sent her home hours earlier.

Doctors actually performed a CT scan this time. But they said everything was normal despite Ms. Jouppi’s condition being anything but. She had no idea what had happened to her or how she got to the hospital. Nurses kept coming into the room, asking her questions. But she couldn’t speak. Ms. Jouppi described it as feeling trapped in her own body. She was finally, after about an hour, able to blink to signal yes and no. Ms. Jouppi also used a writing pad and pen to communicate. She wrote the following:

“I know what I want to say, I can hear you, and understand you. Just can’t get the words to come out. I don’t know what’s going on.”

Nurses conceded Ms. Jouppi “might” be having a reaction to the mRNA injection. But they still “strongly recommended” she go home because there are a lot of COVID patients in the hospital. The next day, August 11, after realizing St. Lucie Medical Center was a worthless joke, Ms. Jouppi went to Cleveland Clinic Traditional Hospital. Doctors performed a battery of tests – MRI, X-rays, EKGs, ultrasounds, etc. It was the electroencephalogram (EEG) that revealed seizure activity. Doctors prescribed anti-seizure meds.

Though Ms. Jouppie was discharged again, she ended up back in the ER on August 20 and August 21. She posted a video of her facial twitches on September 4. Interestingly she wrote that it feels like “something is inside my body controlling things.”

Ms. Jouppie is scheduled for Electromyography (EMG), a test for nerve damage and/or malfunction. She is also scheduled for a three-day EEG from September 20 to 23 so doctors can observe her daily brain waves. Ms. Jouppi’s latest Facebook post as of publishing is from September 6 – another photo of her in the emergency room, this time with a bandage wrapped around her head. She reported having nine seizures in 24 hours.

Ms. Jouppi is also well-aware of potential social media censorship if she continues sharing her story.

She regrets getting the injection, but also says she does not know what’s causing her debilitating injuries.

“All I know is this isn’t normal, I’m not normal & this isn’t okay. This past week has been the hardest & most confusing week of my life. I don’t wish this upon anyone. If you want to get the vax, get it. If you don’t, don’t. That’s the great thing… you have a choice to make and it’s YOURS to make! It isn’t about being anti-vax, it’s a CHOICE that matters. Don’t let our choices get taken from us”

Here are a few more screenshots from Facebook for more context as to Ms. Jouppi’s life and condition.

A Give In Kind fundraiser is collecting funds to help Ms. Jouppie with mounting medical bills.