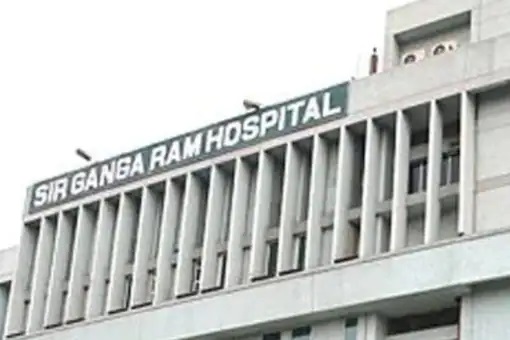 A leading private facility in Delhi on Monday said that seven cases of Covid vaccine-induced thrombotic thrombocytopenia (VITT) have been reported via “gold standard tests” at the facility, and one of the patients died due to complications. Thrombocytopenia refers to fall in platelets count, and Thrombosis is the formation of a blood clot in a blood vessel.

Doctors at the Sir Ganga Ram Hospital (SGRH) claimed that the “first case” of VITT in India was recorded in June this year when a young patient’s serum sample was sent to the facility from Army Hospital (Research & Referral) at Delhi Cantonment, and confirmed with the “gold standard test”. Unfortunately, due to “late referral”, the person could not survive, the SGRH said.

Rare cases of blood clot and low platelets after receipt of adenovirus vector COVID-19 vaccines have been reported and are referred to as VITT or thrombosis with thrombocytopenia syndrome (TTS), the hospital authorities said. Such cases have been reported since early 2021 from Denmark, the UK, Germany and Canada and, on August 11, the UN had issued guidelines for diagnosis and management of TTS, they said.

The “first case” of vaccine-induced thrombotic thrombocytopenia (VITT) was diagnosed and confirmed in June 2021 by SGRH’s department of hematology, under Dr Jyoti Kotwal, which got published in the Indian Journal of Hematology and Blood Transfusion on September 29, the statement said. She said, in VITT essentially the “platelets start clotting first”, and if detected early, can be checked with timely medical intervention before it progresses further and leads to blood clotting.

Also, in these seven cases, all patients had taken doses of Covieshield (an adenovirus vector vaccine), Kotwal said. “Since the Index case of June 2021, we have received and diagnosed six more samples of VITT. Interestingly, five samples came from Kerala hospitals, and one from a neighbouring private hospital of Delhi,” according to Kotwal, chairperson, department of hematology, SGRH.

These samples “came by courier” to the Sir Ganga Ram Hospital and due to timely diagnosis and advise for therapy, the lives of all other six patients of VITT could be saved, the statement said. These six patients were then given guidance for treatment, with doctors from hospitals in Kerala and Delhi talking to doctors at SGRH over phone and other means, she said.

The “gold standard” confirmatory test for VITT is the presence of heparin-dependent platelet aggregation (meaning activation) of normal platelets by patient’s serum in the presence of low dose of heparin, the SGRH said. The samples of serum of suspected VITT cases are being received through courier and prompt diagnosis is made within 48 hours of receiving samples, it said.

“The diagnosis is suspected if symptoms occur between day 3-30 days of vaccination and there is thrombocytopenia. Further, if D-Dimer level is raised and PF heparin antibody (HPF4 IgG) is present, one can make a presumptive diagnosis,” the statement said. The incidence of VITT reported from world is 1 in 100,000 to 1 in 127,000 vaccine doses, the SGRH said.

The hematology department at the Sir Ganga Ram Hospital is the “only centre in India” doing the gold standard platelet aggregation test in the country, the hospital authorities claimed. Awareness of the symptoms, diagnostic and confirmatory tests and the treatment of VITT is the need of the hour. Germany, the UK and Canada have issued diagnostic and treatment guidelines, the statement said.