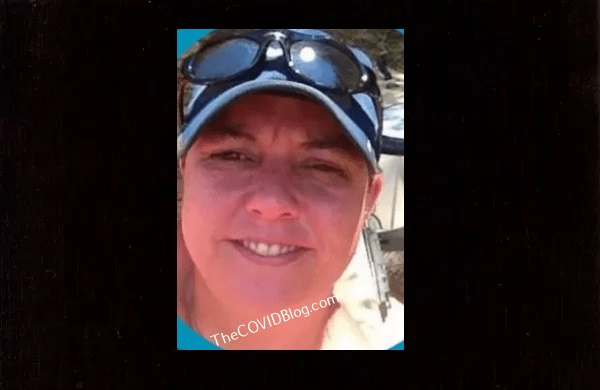 Ms. Leah Justice is a Columbus, North Carolina divorced mother of one 16-year-old son. She’s worked for The Tryon Daily Bulletin, a small local newspaper, for 22 years. Ms. Justice reported being “vaccinated completely” on March 25, 2021. It appears she received two mRNA injections, not the Johnson & Johnson viral vector DNA shot. Ms. Justice said she felt sick that day. Nonetheless, all of her friends and family celebrated her new status.

Ms. Justice did not post an “I’m boosted” photo. But she wrote on March 14 of this year that she was “the first to get vaccines and the booster” when they became available. That same day, Ms. Justice described how she was vomiting a lot in late January. She also experienced extreme shortness of breath. Ms. Justice went to a local hospital on January 29. Doctors discovered two blood clots, apparently in one of her arms. She was airlifted to a larger hospital in Charlotte, where she was ventilated and underwent two surgeries to remove the blood clots.

Doctors warned Ms. Justice about the possibility of losing her arm. She spent 10 days in the hospital, leaving with all of her extremities intact. But then on March 7, doctors diagnosed her with esophagus inflammation and a bleeding ulcer.

[NDR – Immagine non adatta a persone sensibili] – She posted graphic photos of her hand. Ms. Justice blamed all of the foregoing on so-called COVID-19. “I’m sure most of [you] know as hard as I tried to avoid Covid, it got me and got me bad,” she wrote.

Ms. Justice provided an update on June 7. She spent a total of 34 days in the hospital since January 29. Ms. Justice had her pinkie finger and other parts of her hand amputated because of a Methicillin-resistant Staphylococcus aureus (MRSA) infection. She’s been in physical therapy since February and still does not have use of the damaged hand. Ms. Justice declared, “I’ve got a long way to go still, but I finally feel like I beat COVID even if by the skin of my teeth.” Several of her friends and family praised her for “beating COVID.”

She hasn’t posted further about her health since June. We’ll update this story in due course.