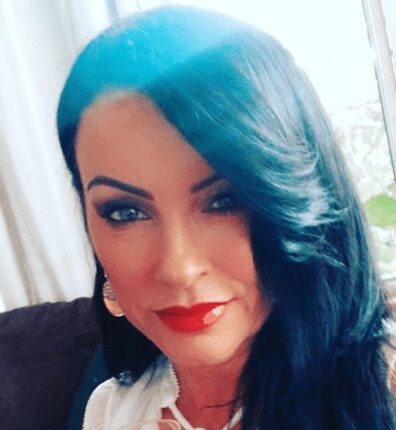 GOLD COAST, QUEENSLAND — A 52-year-old self-employed health and beauty therapist is adjusting to her new life of unpredictability and navigating her way through a dismissive medical system.

Ms. Shannon Lee Urquhart, like many vaxx-injured individuals, did not post much publicly on social media about her condition until recently. The first subtle hint that something wasn’t right came on December 10.

She was much more direct on January 24 when she posted a photo of herself inside an MRI machine. Ms. Urquhart wrote that it was her third MRI in the past month.

Still, she did not reveal any details as to why she was getting the MRI’s and hinting at difficulties in life. The full story came to light a little over two months later.

Ms. Urquhart received her first Moderna mRNA injection on October 12, according to Jab Injuries Global. She did not want the injection. Ms. Urquhart goes to the gym regularly, eats healthy and takes vitamins everyday. But her younger brother in New South Wales passed away last year. Ms. Urquhart was unable to travel and attend the funeral because she was non-vaccinated. She hadn’t seen her little brother or her mother since 2019, at the funeral of her older brother. Ms. Urquhart received the injection to travel and see her family. And almost immediately, she knew it was a mistake.

Ms. Urquhart reported sensory overload, particularly to sound and smell, at work on October 16. Minutes later, her legs went numb and full-body muscle spasms commenced. She went to her general practitioner instead of a hospital. The doctor suggested a traumeel injection to ease the symptoms. Ms. Urquhart agreed to a half-dose. The doctor said he would arrange for Ms. Urquhart to receive a Pfizer mRNA injection for the second shot since she had a bad reaction to Moderna.

She received a Pfizer mRNA injection on November 16. Everything seemed fine for the next three weeks. But on December 7, her resting heart rate measured 175 bpm. She went to the emergency room, now also experiencing chest pain and tremors again.

Ms. Urquhart was also suffering from dehydration, elevated D-Dimer levels, supraventricular tachycardia (extremely elevated heart beat), and a troponin leak. Troponin is a protein found in heart muscles. It is only found in the blood (a “leak”) when the heart is damaged from acute myocarditis, a heart attack, or some other serious issue.

Doctors had treated Ms. Urquhart with diligence and care until she mentioned that she received both Pfizer and Moderna mRNA injections in the last two months. “Their demeanor completely change,” she wrote. “They became very dismissive and rude, saying that they would keep me in the hospital because I was having alcohol withdrawals.” Doctors wrote “alcohol withdrawals” on her discharge papers the next morning.

Ms. Urquhart now struggles to walk. She described an incident on December 22 when her knees spontaneously buckled, causing her to collapse and hit her head. She was diagnosed with a severe concussion.

Five weeks later, her head was still fuzzy from the concussion. She fell so hard that doctors had to remove gravel from her head. A cardiologist, on January 31, diagnosed her with cerebral small vessel disease – an umbrella term describing malfunction of the small arteries and capillaries in the brain.

She now experiences chronic brain fog and slurred speech. The bump on her head is still there more than three months later. Ms. Urquhart continues getting the runaround from doctors, ever since she mentioned the mRNA injections. She experienced yet another fall when her knees buckled on mid-March. Ms. Urquhart can no longer workout and is very cautious as to her daily activities since she could fall at anytime.

Doctors referred her to a neurologist. But she said it’s too expensive for her to afford. Thus she must find ways to get better on her own.