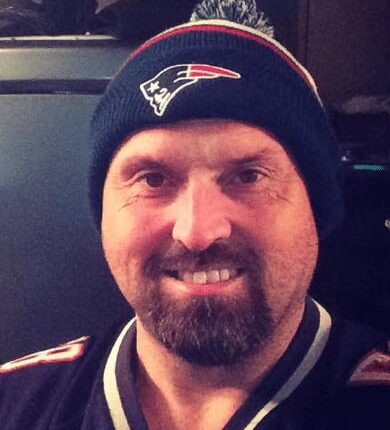 KELOWNA, BRITISH COLUMBIA — A 46-year-old British Columbia DJ and cruise ship worker spent much of 2020 and 2021 mourning the loss of his two dogs and advocating pro-choice for “vaccines” and masks. He now regrets going against his convictions and has an uncertain future.

Mr. Dave Menchinton received his first Pfizer mRNA injection on August 6, according to his Facebook page. But the story starts long before that. Mr. Menchinton is the proverbial “right-winger” who posted memes and updates like this in 2020.

He informed everyone of his August 6 Pfizer injection on August 12. It is a mixed-bag post that calls COVID “a money grab for big pharma” and encourages pro-choice. Mr. Menchinton also made clear that he received the injection so he could work on cruise ships again.

He did not post again until September 24, when his life changed completely.

The adverse effects were swift and harsh. Mr. Menchinton reiterated that he only got the injections to work on cruise ships again and travel to different provinces to see family. But two hours after his second Pfizer injection, the whole left side of his body went numb. Stomach cramps and diarrhea followed the next day. He referred to the injections as “trash” and again, said the whole agenda is a money grab.

His condition continually worsened. He went to a doctor’s office that day. But they transferred him to a hospital to see a neurologist.

Mr. Menchinton was discharged early the next day. Doctors said he possibly had a stroke. They also found “spots” that may be cancerous. Mr. Menchinton, again, expressed regret for going against his convictions and receiving the injections.

The sarcasm, animosity and regret continued the next day. Mr. Menchinton said it’s great he can now use his “awesome vaccine card” to go shopping. But his experience in the hospital is typical for everyone having these types of reactions. The neurologist found nothing wrong with him, despite Mr. Menchinton being partially paralyzed, in severe pain, and unable to hold down food or liquids.

The severe pain, partial paralysis, nausea, etc. continued. Mr. Menchinton was back in the hospital the next day. Unfortunately he started experiencing something that is a pattern across Canada.

He was finally given pain killers and an MRI. But they still couldn’t figure out why the pain was so excruciating or what was causing it. They even monitored his heart to see if he had a heart attack, only to find nothing. He updated everyone again on September 29, with a very down, distraught tone.

His latest update is perhaps the most disturbing. Doctors changed his diagnosis from “vaccine injury” to “unknown.” When he asked the nurse to clarify why, she got angry and left the room. Mr. Menchinton was discharged again, but even the nurse said he likely shouldn’t be discharged.

They prescribed only one pain killer when he was on seven of them just to be comfortable while in the hospital. Mr. Menchinton woke up on Thursday at home in severe pain, no appetite, and can only walk with a cane.

This story is obviously still developing. We’ll update at least every two weeks.