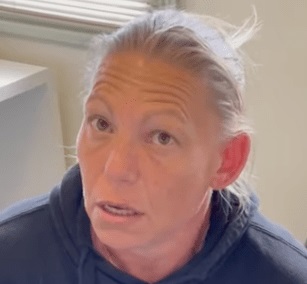 GEELONG, VICTORIA— A 44-year-old truck driver and mother of one was forced to quit her job after receiving a mandatory injection to keep her job. Her story is also a sneak peak into more supply chain disruption forthcoming in Australia and beyond.

Ms. Danielle Turner “reluctantly” received her first Pfizer mRNA injection on October 9, according to her GoFundMe page. She reported general malaise that night. But she thought nothing of it and went to sleep in anticipation of driving her route the next day. The following morning, she felt “odd” but went to work anyway. Ms. Turner suffered several seizures before she could start her shift. What happened from there is modus operandi in Australia.

She was taken to the hospital by ambulance. Just like nearly all post-injection injuries in Australia, doctors sent her home after two hours. They said nothing was physically wrong with her and it was simply “stress” causing the seizures and convulsions. Ms. Turner had seizures for “36 hours straight” thereafter. She believed she was going to die.

Ms. Turner conceded that the state-run medical establishment would not help her. Her regular doctor refused to report her injuries as vaxx-related. Ms. Turner enlisted the help of Adam Canning. He is trained in Traditional Chinese Medicine and specializes in Low Level Laser Therapy (LLLT).

Mr. Canning examined Ms. Turner at his Geelong clinic on October 11. He posted two videos on YouTube demonstrating what Ms. Turner endures on a day-to-day basis. Note, these videos will be censored by YouTube at some point. Leave a comment or email us if the videos are gone and we’ll re-upload them elsewhere.

The second video is at Ms. Turner’s home.

We reached out to Mr. Canning to get an update on Ms. Turner. “She’s had a really rough time and it is still ongoing,” he told The COVID Blog. “She now has other neurological issues including forgetting her name.” Mr. Canning, who is also acting as Ms. Turner’s advocate, said he is using acupuncture and other natural remedies to provide her some relief.

“I’ve been doing Auriculotherapy with a laser to treat her neurological and inflammatory problems,” he said. Auriculotherapy combines the ancient Chinese practice of Auricular acupuncture (in the ears) with modern laser technology. A 2013 study published in the journal Evidence-Based Complementary and Alternative Medicine found that laser acupuncture has “high potential.” But the practice is still too new to draw definitive conclusions.

Ultimately Ms. Turner needs a dedicated neurologist if she’s ever going to get back to semi-normalcy. But there’s a six-month waiting list in the state-run health system. The seizures and convulsions are constant, in addition to a newly-developed stutter, permanent headaches and body pain. She obviously can no longer work after getting the injection that was supposed to save her job.

A GoFundMe page is collecting funds to help pay for a private neurologists and help with household expenses.