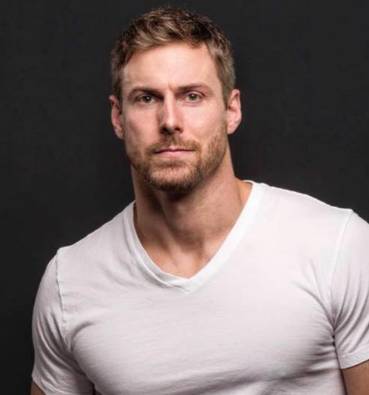 NEWNAN, GEORGIA — A 36-year-old father, husband and television stunt man is worried that his wife and kids may have to survive without him after making a decision he now regrets.

Mr. Cody Robinson posted a Facebook update on September 29. He is a stuntman for television and movies. But virtually all studios and his workers union are requiring everyone in the industry to receive mRNA or viral vector DNA injections before they can work on set. He noted that he’d missed five opportunities for work in the past several months because he refused to get the injections.

Mr. Robinson has natural immunity, as he recovered from COVID-19 this past July. But the lost income was causing anxiety. He said he may have to “[bite] the bullet” and “take the risk” to ensure he can support his family. His wife is a stay-at-home mom, according to her Facebook page. Mr. Robinson stated the disclaimer, “I’m not anti-vaccine,” but conceded he’s “between a rock and a hard place.” He also revealed that his family has a history of autoimmune disorders, perhaps the brightest red flag telling someone not to receive these injections.

Mr. Robinson is not a virtue signaler. He is apolitical and never posted anything at all related to COVID-19 (at least not publicly) on Facebook until very recently.

Mr. Robinson also learned that talking critically in any way about “vaccines” leads to abandonment by friends and family.

The bottom line is that Mr. Robinson has a wife and two kids. He knows he must take care of them. But the fact remains that he’s better for his family alive and well (job or no job), versus dead and/or maimed. And that’s where the story gets sad.

The writing was on the wall. Mr. Robinson had a decision to make. He could preserve his health, well-being and soul, forego the injections, and essentially lose his income. Or he could get the injection, pray to God he gets a placebo, receive his “white card,” and continue working as normal. Mr. Robinson chose option number-2. He received the Johnson & Johnson viral vector DNA “one-and-done” injection on October 4. His final words before the injection: “I really don’t want to do this.”

The adverse effects were swift and harsh. He posted an update 90 minutes later saying “here comes the body aches and fever.” Six hours later, he posted another update: “I can’t stop shaking. I can’t sleep.” Another six hours later, at about 4 a.m. Eastern time on October 5, he wrote, “Hands down worse than when I got COVID. I haven’t slept all night because of chills/shakes, sweats, nausea, body pain, headache.” But there’s something new that we haven’t seen on this blog until now.

Mr. Robinson reported having “multi-layered nightmares” for days after the injection.

He mentioned the nightmares again the following morning. Mr. Robinson also reported “feeling a bit drunk.” We’ve documented several vaxx victims who exhibit acrimonious, vitriolic behavior, as if they are “under the influence” of synthetic mRNA and/or viral vector DNA. We’ve also covered at least one instance of post-injection dementia. Mr. Robinson expressed regret, and wondered why his requests for a medical exemption or to show natural immunity, were ignored.

But the worst part is yet to come. Mr. Robinson implied in another update that his doctor told him not to get to the injections until January 2022 since he just recovered from COVID-19 three months ago. Despite the doctor’s directive, said doctor refused to write a medical exemption. Mr. Robinson also has the mistaken belief that the J&J shot “takes three months to get out of your system.” Unless you get very lucky using the cupping (hijama) method, or you somehow get a placebo shot, the mRNA and viral vector DNA shots cannot be removed and become part of your genetic code.

Mr. Robinson reported getting an ultrasound on October 8 that found three blood clots. One of the clots was in his left internal jugular vein, a condition with a 44% mortality rate.

He made no bones about what happened: “I literally could have died.”

The next day, he wrote a 2,300-word update describing what he’s experienced and his perceived prognosis. The TL;DR version is this – Mr. Robinson was experiencing severe depression, in addition to the public pressure, when he made the decision to get the injection. It’s similar to how Mr. Dave Menchinton made the decision to get the injections while depressed. He’s now suffering similarly to Mr. Robinson.

Mr. Robinson learned, like many other vaxx victims, that posting truth about adverse reactions brings out trolls from every cave. He also implied that only women are supposed to get blood clots from J&J shots, not men. Of course that belief is patently false. He also said something about “4 clots confirmed in [my] left arm arm.” It’s unclear whether that’s in addition to the three on his medical card or if there’s one more from the three on said card.

Read the rest of the post in PDF format here.

His final post covered herein reveals the truth about many vaxx victims. It is common knowledge that the “vaccine” manufacturers cannot be held liable in any way if you are injured or die. But Mr. Robinson did not know that until he spoke to a lawyer recently. He admitted that this whole situation is ultimately his own fault for “not holding [my] ground in the face of the financial/social pressure.” The final sentence is the saddest part. Mr. Robinson reiterated his belief that the J&J shot exits his body after three months.