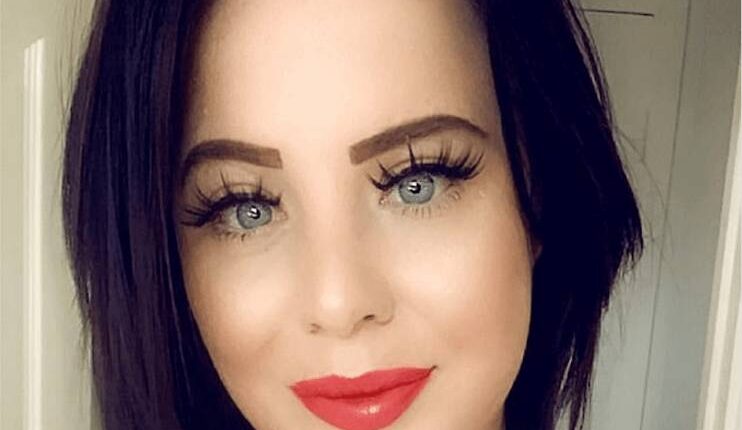 HAVANT, HAMPSHIRE — A 26-year-old senior care worker is fighting for her life in what sounds like total, and likely permanent, loss of normal physiological functions.

Ms. Kirsty Hext received the first dose of experimental Pfizer mRNA on January 30, 2021. Two glaring issues stick out. First, she received the second dose on April 28 at Waterlooville Medical Centre, nearly three months after the first one. The doses are supposed to be three weeks apart. Second, her name is listed as Kirsty Pettitt on the vaccine card.

Regardless, she apparently suffered no adverse reactions after the first shot. That changed dramatically with the second one.

Her lips and tongue swelled, and she began gasping for air less than 30 minutes after the second shot. Ms. Hext also had a seizure. She was rushed to the emergency room, where she also starting vomiting. She was placed on oxygen and a nebulizer. Ms. Hext was also given antihistamines and adrenaline (epinephrine) shots, which most people associate with EpiPens. She had no known allergies prior to the shot. Things got much worse from there.

Ms. Hext experienced four more anaphylactic shocks that day alone, according to Coventry Live. Doctors administered adrenaline shots after each episode. One news outlet reported that she was placed in a medically-induced coma. Doctors transferred her to the intensive care unit at Queen Alexandra Hospital in Portsmouth that day. She suffered five more anaphylactic shocks by May 2. At one point, Ms. Hext called and asked her sister if she could raise her 2-year-old daughter if she dies.

The hospital discharged her with several EpiPens on May 5. Doctors felt it was safe for her to go home since she went three days without another anaphylactic shock. But that was short-lived. Ms. Hext had a major dizzy spell, and fell down a flight of stairs outside her home. She fractured her wrist, leg and cheekbone as a result. Things continued worsening.

Mr. Hext suffered yet another seizure and was re-admitted to the hospital on or around May 9. She’s suffered at least five more anaphylactic shocks since that time, and remains in the hospital as of publishing. Despite being hospital-ridden for the foreseeable future and a having a “truly terrifying experience,” as she said, Ms. Hext said it’s important for everyone to get their jabs. She continues praising the experimental shots.

Even though I have nearly died several times since getting vaccinated, I work in the care sector myself and I know how important it is. I want people to remember that reactions like mine are very rare – and just because I have had a bad reaction, doesn’t mean everyone else will too. Vaccinations save lives.

A Medicines and Healthcare products Regulatory Agency (MHRA) spokesperson (U.K. equivalent to the FDA) said they are sorry to hear about Kirsty. The statement concluded, “Everyone should get their vaccination when asked to do so unless specifically advised otherwise.”