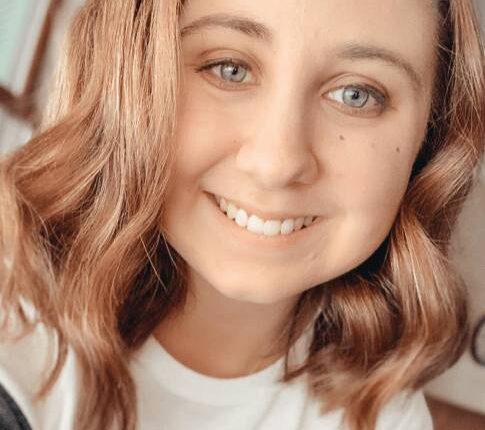 NIAGARA, WISCONSIN — A 22-year-old respiratory therapist and newlywed did everything by the proverbial book to live her American dream. Now she’ll live with neurological disorders for the rest of her life.

Facebook for Generation Z and young Millennials is like watching child actors grow up in front of our eyes on long-running television shows in the 80s. Mrs. Shannon Olsen posted her first Facebook photo on January 21, 2012 when she was just 11 years old. Like many Wisconsin kids, she posted several photos at Green Bay Packers and University of Wisconsin football games over the years. She also posted many photos with friends and families during that 10-year stretch.

Mrs. Olsen graduated from the Respiratory Therapy program at Northeast Wisconsin Technical College in December of 2020. Meanwhile she got engaged to her boyfriend on Christmas Eve that year. Everything was perfect for this young couple.

Mrs. Olsen works in the healthcare industry. Thus she received her first Pfizer mRNA injection on December 21, 2020. She received the second injection on January 11, 2021. She reported a sore arm after the first shot, but said she “got sick” after the second. All of her co-workers were also getting sick after the second shot, thus she dismissed it as normal. Her entire existence was turned upside-down two months later.

Mrs. Olsen posted an updated on March 28. The photo appears to be from a hospital bed. But she was very vague as to what was actually happening.

Mrs. Olsen posted another update on May 16, saying she’s going to the Mayo Clinic “to find some answers and treatments.”

She and her boyfriend got married on August 3. Mrs. Olsen tried her best to keep smiling and putting on a positive face to the public. But on October 12, she finally told everyone what was happening. Mrs. Olsen had 25 seizures on March 27. She also confirmed what many of us already knew. Doctors were going to intubate her (place on a ventilator) due to non-stop seizures. “As a Respiratory Therapist, that is not a good thought for me,” she said. Ventilators are essentially death sentences for most people, particularly in 2020 for “COVID-19” patients. But tranquilizers temporarily stopped the seizures, and stopped the intubation.

Mrs. Olsen said since that day, she can no longer work, drive, shower herself or do anything most 22-year-olds take for granted. She also learned another reality in these times – doctors cannot and will not help you post-injection. “Everyone still giving me the same answers of unknown cause, unknown cause, and once again unknown cause,” she said. But one neurologist finally confirmed the obvious. Mrs. Olsen was suffering from brain inflammation caused by the Pfizer injections. Unfortunately said doctor also gave her a grim prognosis.

Some days are okay and I have two seizures and some days you can’t count the number I have because it is continuous all day. The last 7 months have been absolutely terrible to live through, my body hurts in ways I never knew it could. My Doctor says this is something I will probably live with the rest of my life.

Mrs. Olsen made clear that sharing her story is not meant to be political. She was never a virtue signaler on Facebook (at least publicly), nor did she play mask or vaxx zealot in any way. Mrs. Olsen was just a young woman, in love with her very supportive boyfriend/husband, living her life. Now her future is uncertain.

Mrs. Olsen wants to share her story to let people know that her situation is real, not rare.