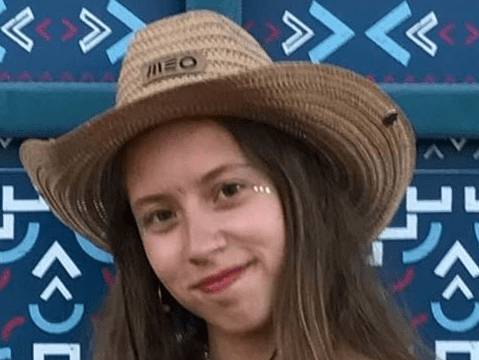 VIEIRA DO MINHO — An 18-year-old journalism student is dead as authorities refuse to acknowledge what took place less than a week earlier.

Ms. Inês Rafael Mendes received one of the experimental COVID-19 injections on Monday, August 2, family members told the Correio da Manhã newspaper. It’s unclear which of the injections she received. But Portugal is only administering AstraZeneca injections to people over age 60. Infarmed, the Portuguese equivalent to the U.S. Food and Drug Administration (FDA), suspended use of a Johnson & Johnson batch last month after numerous people fainted following the injections in Mafra. Thus Ms. Mendes most likely received one of the experimental mRNA injections (Pfizer or Moderna).

Ms. Mendes, 18 (some reports say she was 19), and 12 friends went on a camping trip at the Cabreira Camping Park, Friday, August 6. Like virtually all teenagers in the Western world, they were drinking and partying into the night. Ms. Mendes woke up early Saturday morning feeling “unwell.” Of course this is the norm after long nights of drinking. She had also been diagnosed with gastroenteritis (an intestinal infection) two weeks earlier and was potentially still feeling the effects thereof.

A hangover turned into cardiac arrest and a “sudden illness” early that Saturday morning. Paramedics attempted to revive her, but it was too late. Ms. Mendes died shortly thereafter.

We’ve seen and heard it all as it relates to authorities and the medical industry protecting the experimental mRNA and viral vector DNA injections. Doctors blamed hormones for one post-injection woman’s partial paralysis and seizures. There have now been at least two cases that food allergies were blamed as the post-injection killer. The Centers for Disease Control (CDC) says anxiety causes most “vaccine” adverse reactions.

The Judiciary Police of Braga are operating on the assumption that Ms. Mendes died because she drank too much alcohol. She had no heart issues or serious preexisting conditions prior to her death that has already been called cardiac arrest. Her uncle told the Correio da Manhã that Ms. Mendes practiced classical dance and perfectly healthy prior to the injection. He is not allowing the official narrative to take hold. He said:

It’s revolting for a healthy girl, who played sports and had a careful diet, to die like that suddenly. I do not believe there were excesses because Inês did not drink alcohol.

Alcohol poisoning occurs when your blood alcohol concentration (BAC) exceed .40%. The average person (including a 120-pound-looking Ms. Mendes) would need to consume 25 to 30 beers or four bottles of wine in three hours or less to get a BAC that high. In other words, you either have to be on a mission or be a serious alcoholic to get alcohol poisoning and die without vomiting, which slows down the effects.

An autopsy was performed the following Monday. But authorities said it cannot determine if the experimental injection caused her death five days later.