Touching tributes to a popular local figure who died suddenly from a suspected blood clot. 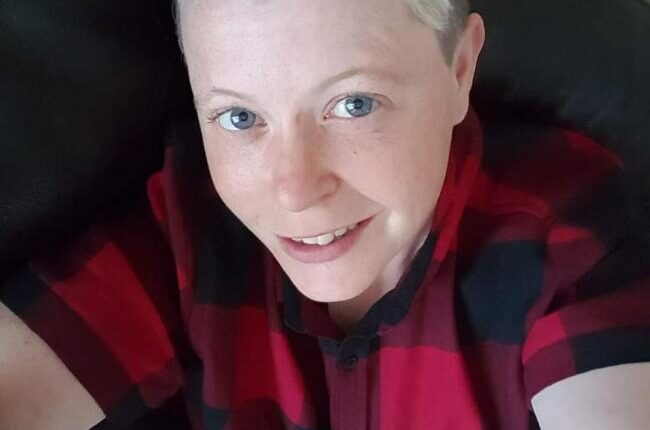 Kelly Dunley, 38, died at the Royal Stoke Hospital on Monday (May 17) and will be sadly missed by all who knew her.

Kelly, originally from south Wales, had lived in Caia Park with wife, Eleri, for the past three years – in which time she worked locally as a delivery driver.

This is before recently moving to Stoke to live after the couple split.

On Monday, Kelly collapsed and had a fit at home in Stoke and was rushed to hospital. While having a CT scan, Kelly had another fit and sadly, despite all care and efforts, she could not be saved and was pronounced dead a short time later. Kelly, who is said to have had a history of blood clots, had suffered one in her leg after receiving the AstraZeneca Covid vaccine, and medical practitioners suspect she suffered another one on her lung.

However, this is yet to be confirmed, and is pending the results of a post-mortem examination. Eleri, who was married to Kelly for two years and with her for three, has paid a touching tribute to her.

“She just had the biggest heart going and would do anything for anyone,” Eleri said.

“She was just constantly doing things to making people smile and was known as the resident ‘crazy cat lady’ – at one point we had eight cats in our home.

“I’m absolutely heartbroken – even though we were no longer together she was still my best friend and was still always there for me.”

Eleri, 28, has a five-year-old son, named Aiden, from a past relationship – but she says Kelly acted as Aiden’s second parent.

“He always said he has two mums and no dad,” Eleri added.

“She was the best person I could ever have asked for to help raise Aiden, and despite us no longer being together she was in the process of formally adopting him – that’s how much she loved him.”

“They were two peas in a pod – ever since they first met their bond was so strong.”

She added: “I wish I could tell her one last time how much I loved her, but I’m so thankful for the three years we had together.

“Kelly was lucky enough to have had a very happy few months before she left us and was very muched loved by her [new] partner Sam. She will forever be loved and missed.”

A GoFundMe page has been set up to help Kelly’s family cover funeral costs.

It states: “She was kind, silly and a beautiful soul that was loved by many. Her sudden passing came as a shock to us all.

“I have set up this fund me page to help pay tribute to a beautiful soul taken to soon, and help her have the epic send off she would have wanted.”