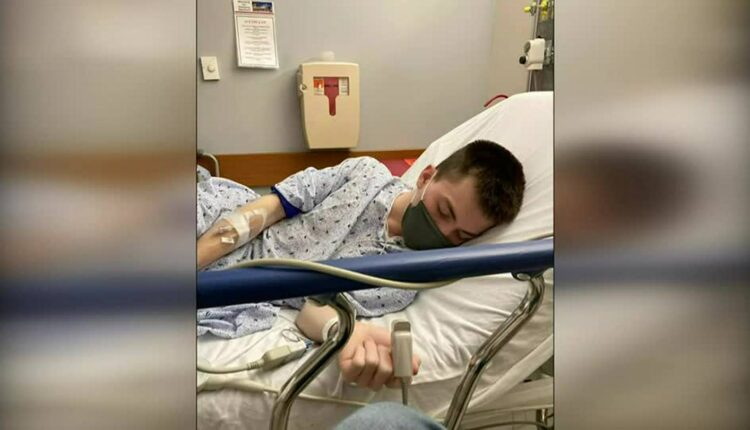 PITTSBURGH — Alex Franks, 17, was a healthy high school junior who never had any medical issues until a few weeks ago. Just two days after getting his second dose of the Pfizer COVID-19 vaccine, the Washington County teen had trouble breathing.

“It was the middle of the night. I was walking upstairs from the basement when I got a sudden constricting feeling in my chest,” Franks said.

His parents immediately rushed him to the hospital.

“That’s when things became eye-opening for us because it became much more serious very, very fast,” said Karen Franks. Doctors discovered Alex Franks had inflammation around his heart. According to Franks, the doctors wouldn’t say his condition was directly related to the vaccine, but they were suspicious of it.

The Centers for Disease Control and Prevention is currently looking into reports of myocarditis, or heart inflammation, developing in teens and young adults — predominantly young men — after they received a second dose of the COVID-19 vaccine.

“It can occur at any age for a number of reasons,” said Dr. John Williams of UPMC Children’s Hospital.

According to Williams, most of the cases that have been reported in teens and young adults went away without complications.

“We see myocarditis in otherwise healthy children with common viruses. Right now, it’s not clear that these cases are more than what we would normally see,” he said.

Alex Franks, who is feeling much better, still has to go through another MRI to ensure there is no lasting damage. His family still supports others to get the vaccine and wants people to be aware of the risks and possible symptoms.

“It’s helpful to know all of the side effects so that you can react quickly,” said Karen Franks.