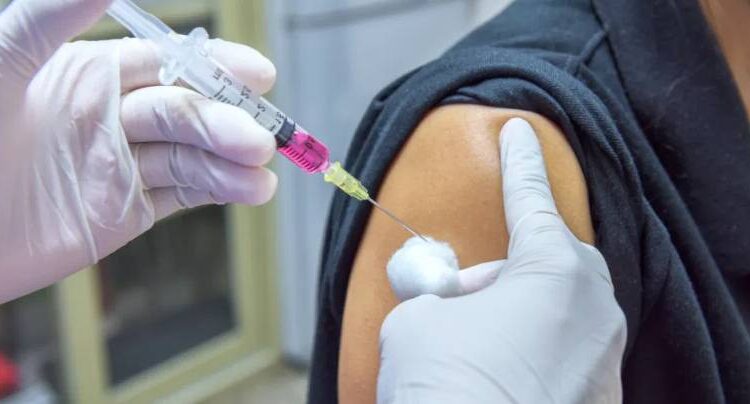 A 42-year-old woman suffered paralysis of the lower extremities after she had the second dose of vaccine against Covid-19. According to preliminary information, the nurse at the hospital on the island of Corfu has developed symptoms resembling to the autoimmune neurological Guillain-Barré syndrome, a rare disorder in which the body’s immune system attacks the nerves..

The mother of two, who is now bound on a wheelchair, has reportedly no underlying health issues.

Health experts investigate whether the phenomenon is connected to the vaccine, a side effect not known until now.

The case was revealed on Thursday morning by the president of Hospital workers union POEDIN Michalis Giannakos and was also confirmed by the general director of the 6th Health Care Department in charge of Peloponnese and the Ionian islands Giannis Karvelis.

“She was in perfect health, it is certain that it is a side effect of the vaccine,” POEDIN president told Open TV.

He added that “400,000 people have been vaccinated [in Greece] and they had no problem, but we say that this colleague had absolutely no problem. I am fully aware of what I am saying. Doctors there also say that it is a side effect of the vaccine.

Giannakos said that the nurse “has had both doses of the vaccine, and immediately after the second dose she developed a fever, had excruciating pain, felt paralyzed and went to the hospital.” He added that she contacted him and that she was “now in a wheelchair.”

According to newspaper ethnos the general manager of the 6th Health Care Region for Peloponnese and the Ionian islands Giannis Karvelis has confirmed the incident but the doctors do not say clearly whether it is a side effect of the vaccine.

The president of employees at Corfu Hospital N Ioannou told Open TV that the nurse developed fever and muscles pain and paralysis in the lower extremities.

The nurse who has been working at the hospital for 17 years, “is given the appropriate treatment, is being monitored by doctors. She cannot walk,” Ioannou said.

Ioannou claimed that “it is a serious side effect of the vaccine and the company must see into the problem and bear the financial cost.”

According to state broadcaster ERT TV, it is not clear how long after the second dose she developed these symptoms that resemble those of the Guillain-Barré syndrome.

ANT1 TV reported that the nurse had the first shot 25 days ago and the second one beginning of the week.

According to local media corfutv, the nurse remains hospitalized on Thursday.

The woman has undergone a CAT scan which came out clear and is undergoing neurological tests.

Her file is reportedly to be examined by health experts dealing with the pandemic as it is crucial to clarify whether it is linked with the vaccine or not.