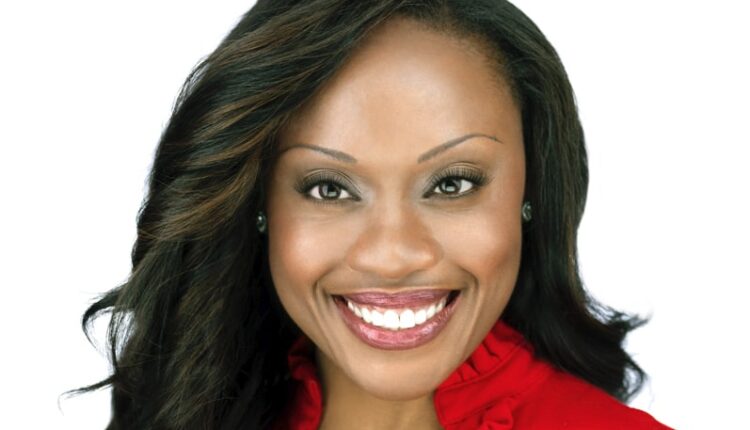 NEW YORK — Brooklyn defense attorney and television commentator Midwin Charles is dead after what appears to be several days of suffering after receiving at least one experimental shot.

The tweet is still live as of publishing. It is also archived. Her next tweet jokes about her “death causing peanut allergy” and that her insurance did not cover the EpiPen costs.

She then retweeted a North Carolina professor talking about “black vax hesitancy.” An analysis of her tweet activity thereafter indicates that her health started deteriorating three weeks later.

There was no further activity until Tuesday, April 6 when the family announced she died, 37 days after the first announced experimental shot. 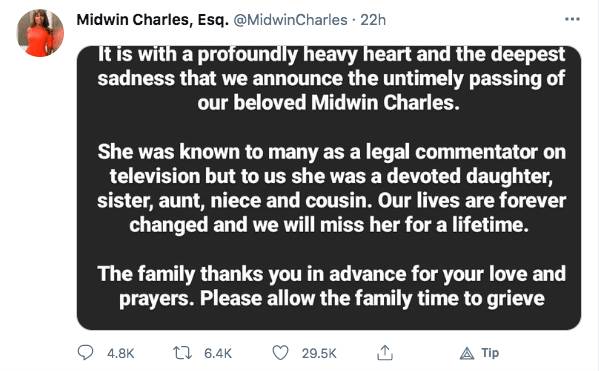 This dramatic change in social media behavior suggests she was unable to tweet for over 12 days before passing away. Perhaps she was hospitalized after the second shot. That or she died in late March after the second shot and the family is just now announcing it. Regardless, she has gained 1,163 new Twitter followers today. She gained 481 total in the prior 30 days.

As we’ve learned in 2021, vaccines are the leading cause of coincidences. A Google search for Midwin Charles right now brings up stories from The New York Post, New York Daily News, Newsweek, The Hill and a few others as the top results. None of said stories mention the experimental mRNA shot she received on March 1. The experimental Johnson & Johnson viral vector shot had just been authorized for emergency use two days earlier. Thus she received the Pfizer or Moderna mRNA shot.

Ms. Charles was born in Brooklyn. She received her law degree from American University in Washington, D.C., and owned a law firm in New York City. She was best known for being a legal analyst on MSNBC and CNN. There are many segments of her criticizing people for not wearing masks, social distancing, etc.