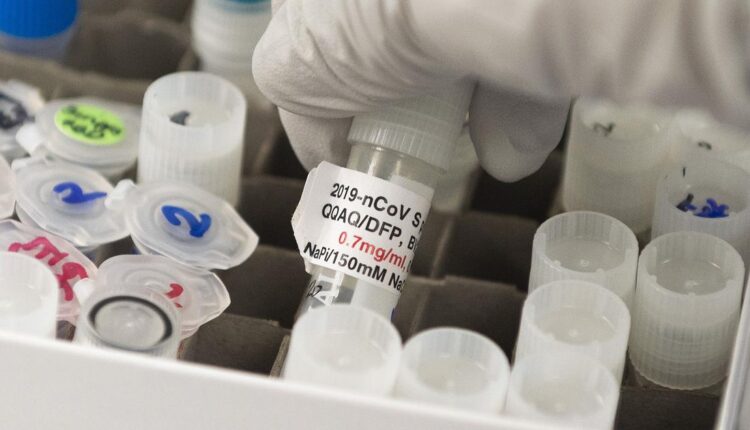 A 45-year-old man died on Tuesday after taking the second dose of the coronavirus vaccine in Bhiwandi in Maharashtra’s Thane district, reported NDTV.

Sukhdev Kirdat, who worked as a driver for an eye specialist, fell unconscious in the observation room about 15 to 20 minutes after taking the shot. Kirdat was taken to the Indira Gandhi Memorial Hospital, where he was declared dead. He had taken the first dose on January 28.

Doctors said that the exact cause of his death is not known and will be clear only after an autopsy. His body has been sent for a postmortem examination to JJ Hospital, reported India Today.

“He took his first dose a month back and there was no problem,” said KR Kharat, medical health officer at the Bhiwandi Nizampur Municipal Corporation. “There was a full check-up before this dose. We found out that he had blood pressure for many years. There were symptoms like swelling of feet. But here his BP [blood pressure] was normal and oxygen was also normal.”

The doctor said that Kirdat started feeling dizzy about 20 minutes after taking the dose. Kharat suspected that he died after 30 minutes.

The family of the deceased has demanded an inquiry into Kirdat’s death. Following the incident, senior health officials from Thane visited the centre where he was vaccinated, reported the Hindustan Times.

As of January 28, just 12 days since the vaccination drive began, nine people had died after taking the vaccine. In each case, the government has stated that the death was not due to the vaccine, without revealing who made that determination and the details of the investigation.