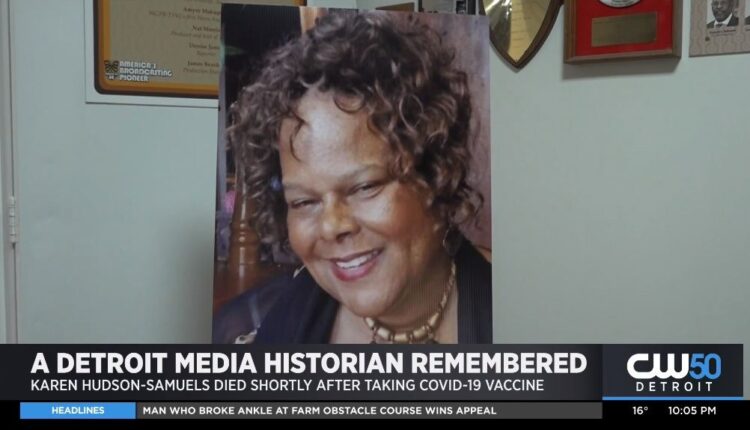 After making her name at WGPR-TV as an anchor, producer and news director, the historian and journalist used her vision to create one of the biggest accomplishments of her lifetime. To preserve the history of the country’s first black-owned and operated television station, WGPR, Samuels worked tirelessly to bring the William V. Banks broadcast museum to life.

“When this museum got into the national registry she was very, very proud,” her husband, Cliff Samuels said.

The 68-year-old’s sudden death leaves the industry reciting her legacy and questioning why she had to go so soon.

“So in the spirit of Karen, I want you to always know that the times may change, but these two words that Karen understood had great power, and that is thank you,” said Greg Dunmore, TV host and producer.

“And she was just a beautiful person. I mean it’s such a huge loss for this community,” said WWJ Reporter Vickie Thomas.

The Detroit media icon was found dead at her home by her husband last Tuesday, just one day after taking the COVID-19 vaccine but the official cause of her death is still unknown. “We suspect it may have just been a stroke but because of the normal side effects of the vaccine it may have masked that. Hopefully we’ll know soon from the autopsy report,” said Samuels.

A private service for Samuels will be held Friday, Feb. 19 and streamed online at 10 a.m.

In lieu of flowers, the family is asking for donations to the WGPR-TV Historical Society.