A South Yorkshire teenager died after suffering from a 'thunderclap headache' following an AstraZeneca Covid-19 vaccination, an inquest heard. 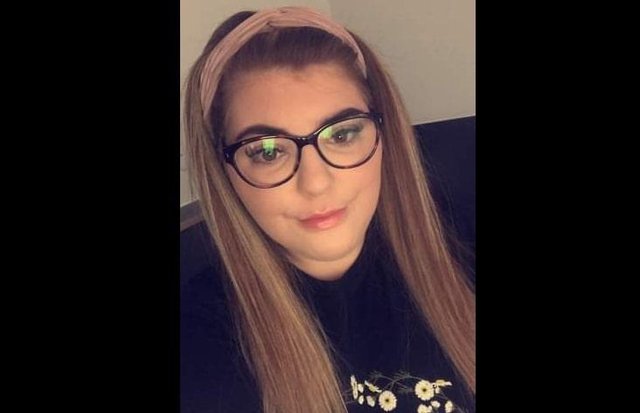 Kasey Turner, from Barnsley, was admitted to the intensive care unit at Barnsley Hospital in the early hours of February 23, 2021 and passed away on February 27. She was only 18.

At a two-day inquest held at Sheffield Coroner’s Court in Sheffield, it was heard how Kasey had suffered from ‘the worst migraine she ever had’, before succumbing to her illness.

Although the date of her vaccination was not disclosed, Kasey obtained hers in her role as a trainee paramedic and did not have to wait for the rollout for her age group to arrive.

A thunderclap headache is an extremely severe headache that comes on rapidly. In Kasey’s case, it was at the back of her head.

Youssef Souror, a consultant haematologist at the hospital, testified that Kasey was admitted with what was thought to be thrombocytopenia (a condition in which one has a low blood platelet count) and he conducted an investigation following her death.

Although he had no direct involvement in Kasey’s case, he was informed that the working diagnosis was immune thrombocytopenia, which he described as ‘an isolated condition’.

He stated that this was because the issue was unknown at the time, having occurred a month before other European countries expressed worry about blood clots caused by the vaccine’s use, known as vaccine-induced immune thrombocytopenia (VITT).

AstraZeneca was first associated with the risk of blood clots accompanied by low platelet levels affecting the younger group of people, which health authorities described as ‘extremely rare’.

The UK subsequently issued a guideline on April 7, 2021 that people under the age of 30 should be offered an alternative vaccine.

However, the Government issued an updated guideline on May 7 that people under the age of 40 were to be offered an alternative to AstraZeneca vaccine as concerns over links to rare blood clots continued.

No indication of bleed in the brain in first scan

Mr Souror said: “At that point, it became apparent to us from Kasey’s case that this was probably what may have been going on and instigated us to arrange tests on stored blood that was available in Sheffield.”

According to Marielle Kuijper, the head of TMC UK emergency radiology, the first scan did not show any intracranial haemorrhage or bleeding in the brain.

However, a second CT scan was conducted by the hospital four days later on February 26, a day before Kasey’s death, and this indicated that Kasey had edema (swelling) and hyperdense appearance in the brain.

Ms Kuijper said: “We then began an investigation on the first scan and we were informed that the result on the second scan was very suggestive that it was a thrombosis.”

Professor Michael Makris, director of the Sheffield Haemophilia and Thrombosis Centre, said that Kasey fitted all the criteria of VITT.

He said: “There are five symptoms, and they are low platelet thrombosis, which has to be between five and 30 days after the AstraZeneca vaccination. They also have to have high D-dimer levels, which is a blood test indicating very strong thrombosis going on and the presence of antibodies.”

He also said that the treatment given to Kasey then was appropriate at the time even though the condition was not known to link to the vaccine then.

Assistant coroner Tanyka Rawden adjourned the inquest until Wednesday (March 23), when she is expected to reach her conclusion.

Kasey’s family, mum Donna Turner and sister Morgan Turner, were present at the inquest, and the family were represented by a solicitor.

This was a third known case of VITT caused by AstraZeneca vaccine in South Yorkshire.

In Doncaster, a mother died from a ‘catastrophic’ bleed on the brain caused by a rare side-effect of the Covid-19 vaccine.

Kim Lockwood, 34, complained of an excruciating headache eight days after her AstraZeneca jab in March 2021.

Her condition quickly deteriorated and she was pronounced dead 17 hours after being admitted to Rotherham Hospital.

In Sheffield, dad-of-two Tom Dudley died from VITT after receiving his AstraZeneca vaccination on April 27 before complaining of constant headaches.

He was then rushed to Northern General Hospital in the early hours of May 11, after becoming ‘restless’ and then collapsing in the living room where he was found unresponsive.

Sheffield’s director of public health, Greg Fell however assured that these tragic cases of blood clots linked to vaccines were ‘vanishingly rare’.

He said: “In terms of rarity, it’s ‘struck by lightning’ type of territory. All medical interventions come with benefits and they all also come with complications.

“Those risks (connected to the Covid vaccine) are vanishingly rare… Vaccination is still the best protection we have.”