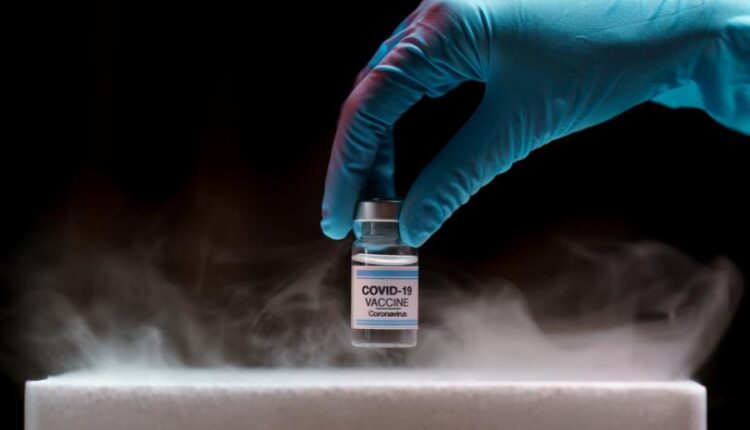 HURON, Ohio, January 27, 2021— A 39-year-old woman with no known comorbidities died unexpectedly in northern Ohio within 48 hours of receiving a COVID-19 vaccine, which was reportedly required by her employer.

Janet L. Moore, a nurse aide at Admirals Pointe Nursing Home (APNH) in Huron, was found unresponsive in her car outside her apartment complex on December 31 around 8:00 p.m., her brother Jacob Gregory told LifeSiteNews.

“She was coming home from work and as soon as she drove into her parking lot she passed away,” he said. “According to her neighbors she wasn’t feeling good directly after the vaccine, and then ever since the vaccine she was actually feeling nauseated, she’d have like migraines and stuff like that. And then, within 48 hours, she ended up passing away.”

When asked if he knew the brand of the vaccine, Gregory, who lives in Akron, said, “According to my brother, it was by Pfizer, but I’m not absolutely sure on that.”

Gregory mentioned that his deceased sister, a mother of two sons, was required to receive this vaccine due to her nursing home employment.

“Yes, it was a mandatory vaccine that she had to take for her job,” he said.

When asked if it was a condition for her employment, he answered, “As far as that extent, I’m not sure how much pressure they are actually pushing. They did tell her that she needs it for her job, but I’m not exactly sure if they were going to lay her off, or fire her, or to what extent it would actually take.”

Trisha Brown, Administrator at APNH, declined to comment on whether it was the policy of their organization to require the vaccine, if Moore actually received such an injection, or whether they were administering a Pfizer or Moderna product.

A nursing home in Janesville, Wisconsin, which mandated their employees receive these experimental biological agents did in fact lay off workers who declined the injections.

Nearly a dozen employees were forced from their jobs due to the policy, and 27 wrote letters of complaint seeking to have the policy changed.

Their concerns included how this biological agent, which was rushed through development and testing, may have dangerous, unknown long-term effects, while others expressed worries about it affecting their pregnancy or fertility.

More generally they objected to being told they had to take a vaccine which was not approved by the Food and Drug Administration (FDA). While these vaccines have been given emergency use authorization by the FDA, neither has the full approval of the agency.

Estimates from the American Health Care Association suggest that around 50 percent of long-term care staff are declining the injections.

The U.K. government issued a 10-page report late last year that warned coronavirus vaccines should not be used by pregnant or breastfeeding mothers. With regard to their impact on fertility, the document simply states it is “unknown whether COVID-19 mRNA Vaccine BNT162b2 has an impact on fertility.”

Safety concerns with these vaccines also include “allergic” and “potentially fatal reactions,” that they may actually cause an increased vulnerability to the virus, and that, indeed, worries over long-term effects remain legitimate as these vaccines lack proper testing.

In addition, the FDA also drew up a document this fall listing the possible side-effects from a COVID-19 vaccine, including strokes, encephalitis, auto-immune disease, birth defects, Kawasaki disease, and death.

Current reports reveal that hundreds of individuals injected with COVID-19 vaccines have been admitted to the hospital, and the shots have so far been linked to at least 181 deaths in the United States.

With regard to the elderly, a report on one nursing home in Auburn, New York, asserts that they had no coronavirus deaths at the facility at all until seven days after they began administering the vaccine. In a period of less than two weeks, beginning December 29, the “24 coronavirus-infected residents at the 300-bed nursing home” had died.

Earlier this month, the Norwegian Medicines Agency reported that 23 people died within days of receiving the first dose of the Pfizer COVID-19 vaccine, 13 of whom were nursing home patients.

As a result, health experts from China called for Norway and other countries to suspend the use of mRNA vaccines, as currently produced by Moderna and Pfizer, especially among the elderly.

Gregory was not aware of his sister having any comorbidities that could have contributed to such a swift early death. He also stated that Moore had already had the coronavirus before she received the vaccine.

He said, “As of this point, we don’t have any proven documentation that [Moore’s death] was from the [COVID] vaccine.”

“The autopsy results could take up to 14 weeks,” he added. This is due to a broader “ongoing investigation.”

“They’re actually investigating her husband as well … just in case there is any type of foul play whatsoever,” Gregory concluded.