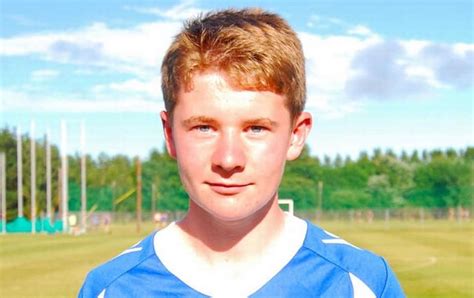 WATERFORD — A 23-year-old soccer player is dead as Irish media completely ignore his irrefutable cause of death.

Mr. Roy Butler received the experimental Johnson & Johnson (Janssen) viral vector DNA injection on Friday, August 13, according to his aunt, Marian Harte. He suffered severe headaches and general malaise within one hour. By Saturday August 14, he was vomiting and having convulsions. New For All Ireland reported that Mr. Butler was placed in a medically-induced coma on Monday, August 16.

It appears the young man had a hemorrhagic stroke and/or ruptured brain aneurysm within a day or two based on description from his aunt and another woman named Vera McDonald. The latter appears to be a family friend and is the first to make this blog aware of Mr. Butler’s situation.

Ms. McDonald first wrote about Mr. Butler on Monday, August 16. He was apparently already brain dead that day. But Facebook deleted the post. Ms. McDonald re-posted a screenshot of the deleted post later that day. It confirms that Mr. Butler got the J&J injection and that he only did it because he wanted to travel with the soccer team.

Meanwhile Ms. McDonald continued receiving hateful messages from Fauci and vaxx zealots. But she kept her posts live and received words of encouragement from both friends and strangers. As of writing (Sunday, August 22), the posts are still live.

Irish media reported on Mr. Butler’s death. But none of them mentioned the Johnson & Johnson lethal injection. Ms. Harte called out a local reporter named Darren Skelton for failing to report truthfully about her nephew.

Mr. Butler was a former defender for the Waterford Football Club. He joined the team in 2014 and won the Under-19 Player of the Season award in 2015. Mr. Butler captained the Waterford First Team the following year. He most recently held both player and coach roles for the Villa Football Club. Mr. Butler also worked for Bausch & Lomb in Waterford. He is survived by his father, mother and brother.