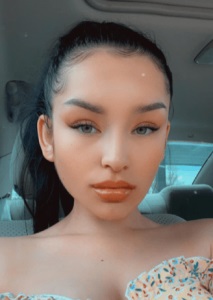 OGDEN, UTAH — A 22-year-old Utah woman is simply trying to find her way as a young adult, while continually being dealt the worst hands possible in the game of life.

Ms. Alyssa Trujillo is sassy and confident based on her social media presence. But she suffers from myriad health issues that stunt both her personal and professional development. First, she is diabetic and must prick herself with needles several times per day.

She had surgery to remove her gallbladder in December 2020. Ms. Trujillo, 21 years old at the time, was forced to contemplate death during that period.

Meanwhile, Ms. Trujillo wants employment, but can only do certain jobs due to her health. She frequently posts Facebook messages inquiring with her network.

Ms. Trujillo talked about her gastroparesis, fibromyalgia, joint hypermobility syndrome (JHS), and extreme anxiety and depression due to all these conditions. Fibromyalgia is a chronic pain disease with no cure. Gastroparesis is partial paralysis of the stomach, which inhibits proper digestion. Joint hypermobility syndrome is a connective tissue disorder characterized by unusually-excessive range of motion in the joints.

Despite all of her health issues and being in and out of hospitals, Ms. Trujillo does her best to keep a positive attitude.

First it must be noted that Ms. Trujillo never wanted mRNA injections and made this perfectly clear at least twice since August.

That said, Ms. Taneasha Trujillo, Alyssa’s mother, found her daughter unresponsive in their home on July 6. Alyssa was diagnosed with pneumonia and congestive heart failure. She had peripherally inserted central catheters (“PICC lines”) inserted into her heart for six weeks. By late August, Alyssa expressed extreme depression and apathy because of everything that was going on.

She was hospitalized again at the University of Utah on or around September 7 as her condition deteriorated. Ms. Trujillo ended up being there for nearly a month.

Taneasha started posting on Facebook about her daughter’s condition nearly everyday starting in October since Alyssa was less inclined and was in a lot of physical and mental pain. Alyssa was released on October 2, only to be re-admitted on October 6 due to fluid buildup in her legs and feet.

The first time the word “heart transplant” appeared in either woman’s timeline was October 11. Taneasha indicated that if all the drug treatments fail to make Alyssa’s heart pump as it should, a transplant will be necessary.

“Alyssa looked defeated and it broke me into pieces. She’s ready to give up,” Taneasha wrote. But now things were clear. Alyssa will be placed on the hospital’s heart transplant list in the spring – with a disturbing, common caveat.

We assume the heart transplant will take place at the University of Utah hospital. Apparently they, like many U.S. hospitals, require very sick patients to receive experimental gene therapy as a prerequisite to life-saving surgery. The COVID Blog™ wrote the University of Utah at [email protected] and asked for comment on their policy. But we received no response as of publishing.

Alyssa expressed her frustration and displeasure with the University of Utah pre-surgery gene therapy requirement. But she will definitely die, probably within a year or two, without a new heart. Alyssa simply wants and needs a new heart so she can live a semi-normal life again.

She received a Moderna mRNA injection on January 23. It immediately triggered her preexisting neuropathy. Alyssa also came down with blisters, peeling skin and “hive things” on her arms the next day. When it rains, it pours for Ms. Trujillo.

At that point, both mother and daughter simply hoped and prayed that Alyssa would not require a second shot after the adverse reaction.

Taneasha indicated on March 5 that doctors placed Alyssa on the heart transplant list without the requirement of a second injection.

The latest update, from April 5, is that Alyssa had an endoscopy and colonoscopy since March 24, and needs oxygen tanks daily to breath. There’s more:

“So basically her colon is so backed up with poop that Shes overloaded and it’s causing her to have diarrhea.. I have extremely severe esophagitis and gastritis. Which is inflammation and I have mutated cells. If we can’t get her stomach to heal, She is going to end up getting gastric cancer because they’re precancer cells”

As of publishing, Alyssa is still officially not on the heart transplant list. A GoFundMe page is collecting funds to help pay for both the accumulating medical bills and for the transplant if/when it happens. We’ll follow up in due course.