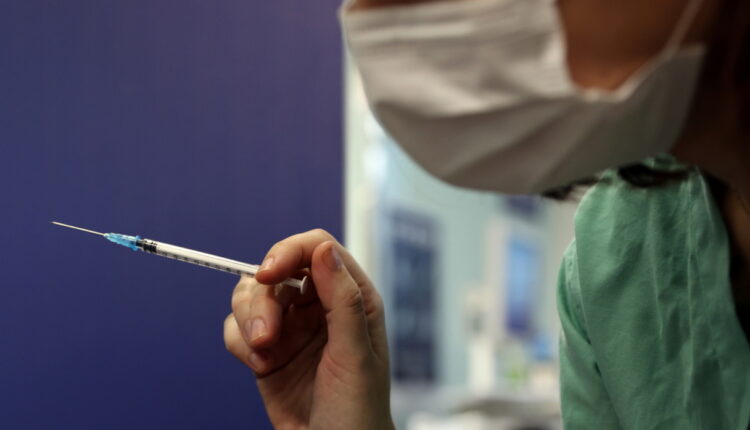 At least 13 Israelis have experienced facial paralysis after being administered the Pfizer Covid-19 vaccine, a month after the US Food and Drug Administration reported similar issues but said they weren’t linked to the jab.

ADDITIONAL CONTEXT: Over two million Israelis have been vaccinated against Covid-19 to date, and there has been no evidence the paralysis is linked to the vaccination. The French nonprofit Health Feedback has suggested that the number of facial paralysis cases among the vaccinated “is lower than what would be expected in the general population” and that “incidental illnesses are expected to occur at a certain rate in the general population.”

Israel has been hailed for its speedy and efficient mass inoculation program, which has vaccinated a staggering 20 percent of the country’s population since the drive began at the end of December.

For a handful of Israelis, however, the initiative has led to some unexpected health scares. At least 13 people have reported mild facial paralysis after receiving the Pfizer/BioNTech jab, Israeli outlet Ynet reported, citing the Health Ministry, adding that officials believe the number of such cases could be higher.

“For at least 28 hours I walked around with it [facial paralysis],” one person who had the side effect told Ynet. “I can’t say it was completely gone afterwards, but other than that I had no other pains, except a minor pain where the injection was, but there was nothing beyond that.”

The unnamed individual noted, though, that the unpleasant reaction was “something rare” and stressed that it was “important” people get vaccinated. However, he conceded that he was undecided about receiving a second dose of the vaccine.

Israel’s Health Ministry has stated that it is safe to administer the second shot, provided the facial paralysis passes and there are no lingering, long-term effects from the first jab. But some Israeli medical experts have chosen to ignore this advisory.

Ynet quoted Prof. Galia Rahav, director of the Infectious Diseases Unit at Sheba Medical Center, who said she did not feel “comfortable” with administering the second dose to someone who had received the first jab and subsequently suffered from paralysis.

“No one knows if this is connected to the vaccine or not. That’s why I would refrain from giving a second dose to someone who suffered from paralysis after the first dose,” she told the outlet.

Last month the FDA disclosed that Bell’s palsy, a form of temporary facial paralysis, was reported by four participants during phase three trials of the Pfizer vaccine. All four cases involved individuals who had been given the actual jab. There were no reports of paralysis among the control group that received a placebo.

In its report, the FDA noted the “numerical imbalance” of Bell’s palsy cases among the vaccine and placebo groups, but it said there were no other “non-serious adverse events” that showed a similar pattern.

Ultimately, the US drug regulator concluded that the issue was “consistent with the expected background rate in the general population,” and added that there was no clear evidence linking the coronavirus vaccine to the unpleasant medical condition. Still, the agency recommended “surveillance for cases of Bell’s palsy with deployment of the vaccine into larger populations.”

Over the past several weeks, the Pfizer drug has received emergency approval from governments scrambling to vaccinate their citizens. In December, the UK became the first country in the world to begin administering the jab to the general population. Although health officials have described the vaccine as safe and effective at reducing Covid-19 symptoms, worrying reports continue to surface about serious adverse effects. Mexico launched a probe in early January after a young doctor was left paralyzed minutes after being administered the drug. There have also been numerous cases in which people who suffer from allergies have experienced severe reactions to the shot.

Several reports have also linked the jab to unexplained deaths, but authorities have insisted that there is no evidence to suggest the vaccine is to blame in such cases. For example, a Portugese doctor who was reportedly in “perfect health”died shortly after being given the jab, but officials later concluded that there was no relationship between the death and the vaccine, adding that they could not disclose the exact cause of her death for legal reasons.