“In my 79 Years, i’ve never experienced this level of pain” 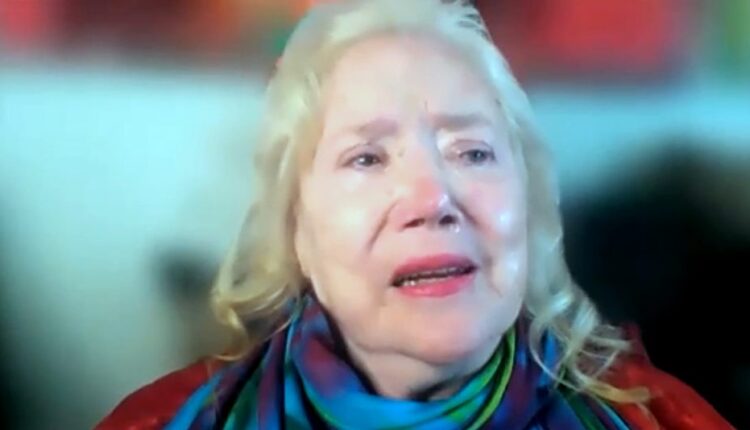 Sally Kirkland has been acting since she was 17, and has appeared in more than 250 movies. But she didn’t sign up for the role she’s playing now — an advocate for not getting the COVID vaccine.

In the most recent episode of “The People’s Testaments,” Kirkland told Polly Tommey, “Like I know my own name, I would advise you not to do the vaccine.”

Kirkland did get the vaccine. After seeing what a friend, who got the virus, went through, she got both doses of the Moderna vaccine.

Her friend recovered — but five months after her second Moderna shot, Kirkland remains in constant pain.

Kirkland, 79, said she was healthy before she took the vaccine. But almost immediately after the second shot, she experienced excruciating headaches, vertigo, nausea and joint pain.

Kirkland said some doctors refused to blame the vaccine for her symptoms, despite the timing of the symptoms. But others didn’t — including three doctors who told her the vaccine attacked the nerve in her brain that causes dizziness, vertigo and joint pain throughout her body.

At one point, alone late at night, the vertigo caused Kirkland to fall, resulting in a broken toe and sprained ankle.

Kirkland said she also has “terrible heart pain,” which makes her feel as though she’s having a heart attack.

Today, Kirkland takes multiple prescriptions for pain, nausea and vertigo, and alternates between applying moist hot packs and ice on her joints. Still, she continues to work, she said, because she needs to support herself.

During a recent acting job in New Orleans, Kirkland had to be rushed to a hospital where one doctor told her, “You’re not the first person. We’ve had other people who got the Moderna vaccine, which attacked the nerve in their brain, causing all these symptoms.”