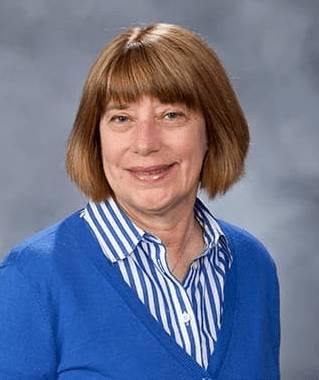 ORLANDO, FLORIDA — A 67-year-old former Notre Dame professor is dead, in what is fast-becoming a pattern of quick deaths after “booster” shots.

Mrs. Karen Croake Heisler received her first dose of Pfizer experimental mRNA on January 13, according to her Twitter account. Her age allowed her to be one of the first to receive the injections in December and January. It’s unclear when she received the second injection. But Mrs. Heisler declared on April 9 that she and her husband suffered only sore arms after their second injections.

Mrs. Heisler was a passionate, hardcore supporter of anything related to masks and COVID-19 mandates. She also displayed consistent animosity towards those who refuse to receive mRNA and viral vector DNA injections. She called non-vaxxed people “selfish” and ordered them to stay home “until you come to your senses.”

Ms. Heisler loved masks so much that she even made her dog wear them.

Her health apparently deteriorated very quickly thereafter. Mrs. Heisler tweeted from Orlando Regional Medical Center on September 14. She was there to see a cardiologist. Mrs. Heisler tweeted three times that day, with all of them blaming the “unvaccinated” for her deteriorating health. She went out swinging, telling everyone to “get the damn vaccine” and “damn the unvaccinated.”

Mrs. Heisler was well-respected by the Notre Dame community. She worked in the university’s Film, Television and Theater (FTT) department from 1993 until she retired in 2018.

Mrs. Heisler authored the book Fighting Irish: Legends, Lists and Lore in 2006. The FTT Television Studies Award is named after Mrs. Heisler and given to one graduating FTT student annually for outstanding academic performance.

Mrs. Heisler is survived by her husband and two sons.