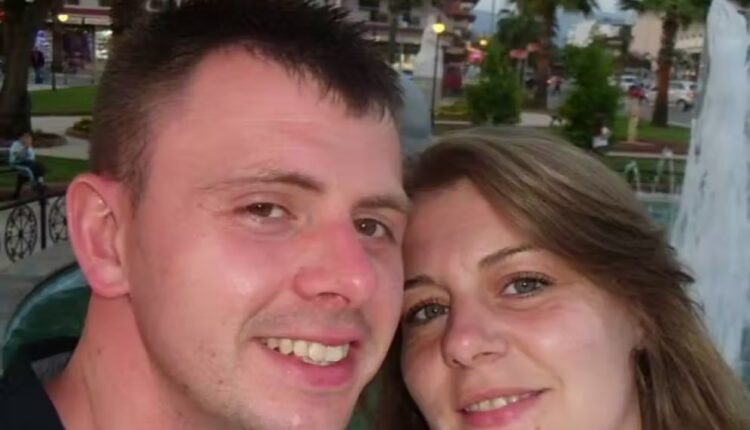 A family listened in shock as a pathologist revealed his belief that a 36-year-old mother-of-two died as a result of having a Pfizer Covid-19 vaccination.
A post-mortem examination on the body of Dawn Wooldridge had previously proved inconclusive.
But an inquest heard her unexpected death, which happened 11 days after the young mother’s first Covid jab, was probably a result of the vaccination.
Ms Wooldridge was found dead in her home by her brother in June last year, after she failed to collect her five-year-old son from school.

In a statement to the Berkshire coroner her husband, Ashley, said: “We met on holiday in Turkey and we have been married for seven years this year. We had our son nearly six years ago and our daughter just two years ago. My principal concern is that when they are old enough, I want to have enough of an explanation about how their mum died. The only thing that happened when Dawn died was that she had her Covid jab before her death.”

The family, including her husband, her brother and his wife, and her step-parents attended the inquest in Reading.
They heard how the day of her death had been completely normal – she had dropped her son off at school in the morning, visited a friend for coffee and had spoken to her mother over the phone that afternoon.
The coroner said that Mrs Wooldridge’s medical records confirmed she received her first Covid-19 jab on 4 June.
Pathologist Dr Sukhvinder Ghataura told the coroner how her body had been healthy at the time of her death and how the toxicology report found no signs of alcohol or drugs in her system at the time.
The only points noted were inflammation of the heart, fluid in her lungs alongside a small clot on her lungs.

These, alongside menstrual irregularity and complaints of pain in her jaw and arm in the days after the vaccine, the pathologist suggested, were linked to myocarditis (inflammation of the heart).
He told the coroner: “On the balance of probabilities, she had vaccine-related problems. There is nothing else for me to hang my hat on. It is the most likely reason, in my conclusion. It is more than likely Dawn died in response to the Covid jab.”
Ms Wooldridge’s brother, Stuart Lynch, asked the pathologist: “Do you think she would still be alive if she hadn’t had the vaccine?”
Dr Ghataura responded: “It’s a difficult question but I would say yes. I wish to pass on my condolences to Dawn’s family.”

“Dawn was a 36-year-old married lady. Her husband Ashley and her members of her family are here today as a testament to the woman she was. She lived in Twyford, near Wokingham, Berkshire, and was a full-time mum. She had no significant medical history and was not on any medication when she died. She had her first Pfizer vaccine on 4 June 2021, and evidence after that shows her periods became irregular.

She also reported pains in her arm and her jaw. 15 June 2021 was a normal day for her. There is no evidence she was ill that day. She walked her son to school in the morning and went to get coffee with a friend. That afternoon she had a 15-20 minute phone call with her mum.
She didn’t however pick her son up from school. Her brother went to the house where he saw her face down, collapsed on the floor. She had been on the toilet prior to her collapse.
With the help of a local builder he gained access to the house, and a defibrillator was used. Police and paramedics attended quickly, but despite their efforts no life-saving opportunities were available and she passed away at her home address on that day.
Subsequent to her death, a toxicology and post-mortem examination were undertaken and initially, Dr Ghataura said he was unable to provide a cause for Dawn’s death, stating the post-mortem findings were “unascertained”.
Today I heard from Dr Ghataura and during the course of the evidence he expressed a change of view that in the balance of probabilities, it is more likely than not she died from acute myocarditis due to her recent Covid-19 immunisation.
I give the narrative conclusion that her death was caused by acute myocarditis, due to recent Covid-19 immunisation. Ashley, you will have something to say to your children to explain why their mother died so tragically.”

The Medicine and Healthcare products Regulatory Agency (MHRA) confirmed on 9 September 2021 that Covid-19 vaccines made by Pfizer and AstraZeneca can be used as safe and effective booster doses, as well as the Moderna vaccine.
Furthermore, a major study of vaccine side-effects in the US published in March 2022 found no link between two Covid jabs and the number of deaths recorded after vaccination.