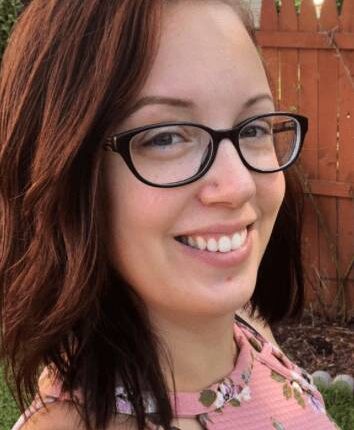 SCHUYLKILL HAVEN, PENNSYLVANIA — A 32-year-old wife, retail manager, and mother of two daughters, is slowly accepting her new reality and warning others about the consequences of her decision.

Mrs. Julia Ann Whalen received a Moderna mRNA injection sometime in late May, according to her Facebook page. It is unclear whether it was her first or second injection. But she wanted “the world to go back to normal” and equated normalcy to the injections. Her employer, arts and crafts retailer Michaels, does not appear to have any vaccine mandates. Mrs. Whalen knew her life was forever altered just two weeks later.

She lost all feeling in her legs in Mid-June. Doctors performed a battery of tests before diagnosing her with Guillain-Barré Syndrome (GBS), a known autoimmune adverse effect from both the mRNA and viral vector DNA injections. GBS causes the immune system to recognize nerve fibers as foreign pathogens, and attacks them. Mrs. Whalen spent seven days in the hospital before being discharged.

Most GBS patients are able to walk again after six months. But symptoms are known to last for two years and longer. Post-injection GBS is uncharted territory for doctors; and Mrs. Whalen is learning this reality. Her July 26 Facebook update indicates that doctors have no idea when or if she’ll recover.

By late August, Mrs. Whalen was experiencing new symptoms and wondering if her current condition may be permanent.

She was apparently being asked a lot of questions by friends and family. So Mrs. Whalen posted another update on August 23, with a rough timeline of what’s happening to her. She needs assistance to do everything from shower to walk. She cannot work and “can’t be the mom or the wife I used to be.” She used the hashtag #NotRare and acknowledged that adverse effects to these injections are suppressed by mainstream media and big tech.

Four days later, she reported worsening pain in her legs, equating it to “being shocked.” The formerly (seemingly) happy mom, wife and retail manager was losing her spirit. She even conceded that if she wants to attempt walking on her own, she must use a cane.

Mrs. Whalen takes at least seven prescription drugs everyday just to function. But she experiences new symptoms everyday, while the existing ones worsen. Unfortunately Mrs. Whalen is also experiencing another common phenomenon in these COVID times – doctors cannot, will not, and do not help most post-injection victims.

Mrs. Whalen implied that she made a bad decision based on social pressure and lack of research. But she’s at least trying to warn others that these adverse effects are real and can happen to anyone. Meanwhile she’s also learning about the COVID-19 troll community that consists of both vaxx zealots and vitriolic “anti-vaxxers.”

Mrs. Whalen has no public Facebook posts since October 5. We’ll update in due course.