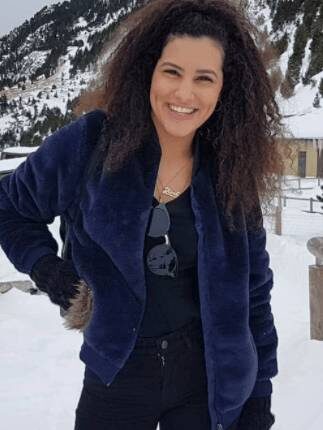 SAFED, ISRAEL — We reported four deaths and several cases of Bell’s palsy in Israel in January. A week later, an Israeli human rights group accused the government and Pfizer of running unauthorized human vaccine trials. It’s been very quiet on the Pfizer and experimental shot front in Israel ever since, likely due to government censorship. But now Israel has a dubious distinction on this blog: the youngest victim of vaccine lethal injection we’ve covered to date.

Ms. Shirel Hilel (spelled Shirel Halal on Facebook) received her second dose of the experimental Pfizer mRNA shot on or around March 18, according to Channel 13 (Reshet) via the Times of Israel. She started having muscle pains and overall discomfort. The situation got worse when she started having trouble breathing and experienced chest pains. Ms. Hilel, 22, was taken to Ziv Medical Center in Safed as the situation deteriorated further.

Doctors diagnosed her with myocarditis, inflammation of heart muscles. She was transferred to the hospital’s cardiac unit for further treatment. But family members told the news station that hospital personnel were negligent in her care. Nofar Hilel-Vizman, Shirel’s sister, said the heart monitoring machines were making noise and lighting up. But nobody came to her sister’s aid. Shirel died on or around March 31.

The entire segment from Channel 13 is below. It is in Hebrew. We attempted to add English subtitles, but the translations were awful. If a Hebrew speaker sees this and can translate it to English, please email us and we’ll add the subtitles. Regardless, you can feel the human emotion.

Ms. Hilel’s family said they are taking legal action against the hospital. A spokesperson for the hospital said Ms. Hilel received the same treatment as other patients with myocarditis after experimental shots. Despite the hospital treating several such cases, the spokesperson said there is “no direct connection” between myocarditis and the shots.

Israel is tight-lipped about adverse reactions to experimental shots. As already mentioned, the government is working together with Pfizer to essentially use the Israeli population as unwitting clinical trial subjects. Let’s be honest: the world (outside the USA) is not fond of Israel. In fact, most countries around the world view Israel unfavorably. But nobody should be subject to these dangerous, poisonous experimental shots. Stay vigilant and continue spreading truth to friends and loved ones.